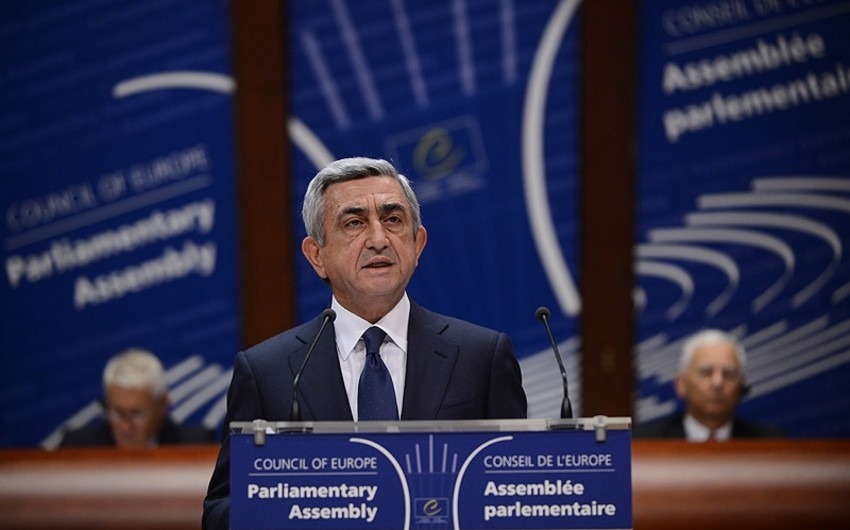 Strasbourg. 24 January. REPORT.AZ/ "Why did not you speak about Khojaly genocide? Azerbaijani elderly people and children were killed in that genocide. Why do not you say anything about ethnic cleansing committed by you in Karabakh?", Samad Seyidov said.

The Western European bureau of Report News Agency informs, Samad Seyidov, Vice-President of the Parliamentary Assembly of the Council of Europe (PACE), Head of the Azerbaijani Delegation to PACE, said asking question to Armenian president Serzh Sargsyan during the PACE winter session today.

"You do not comply with decisions of international organizations, neiither PACE documents nor the UN resolutions", Seyidov stressed.