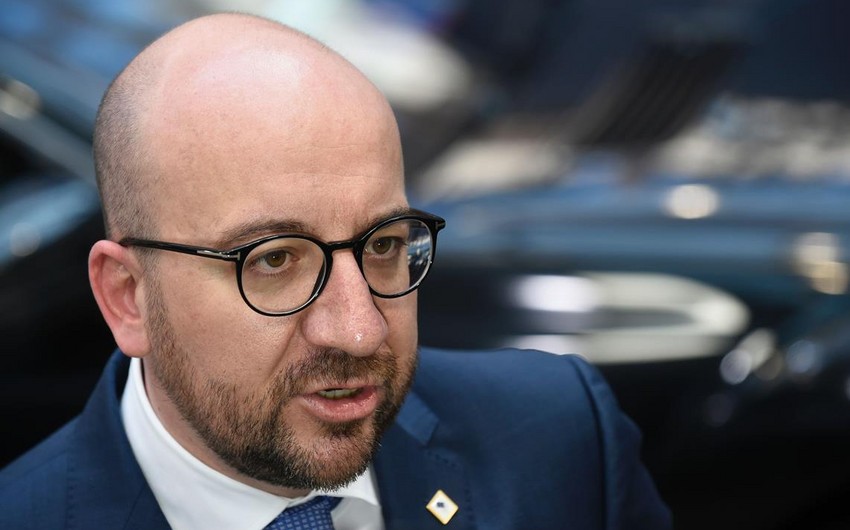 The European Union is ready to be more active in resolving the problems of the South Caucasus and to strengthen ties with the region, European Council President Charles Michel said as he spoke at a press conference in Yerevan.

Report informs, citing Michel, that the EU wishes to engage more actively in the region, strengthen ties with regional countries, and hold the work to prepare for the Eastern Partnership summit," Michel said.

According to him, the European Council assists the activity of the OSCE Minsk Group in resolving the Karabakh conflict.

The European Council chief said they encourage further work to establish stability and welfare in the region. He voiced hope it would be possible to resolve the problem of hostages, issuance of minefield maps, demarcation, and delimitation of borders. He believes that it would also be possible to start discussions on cooperation and transport communications, assisting economic development. Michel said the peace talks are essential, and the EU is ready to be near, to be a constructive partner to resolve problematic issues and promote democratic value.