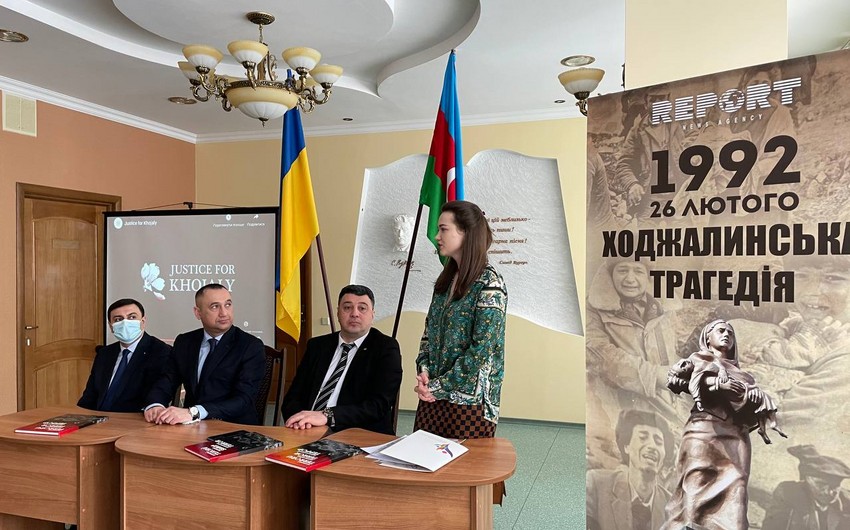 An event dedicated to the Khojaly tragedy was held at the Samad Vurgun Kyiv Library on Feb.24.

The organizer of the event is the Baku International Multiculturalism Center with the assistance of the Samad Vurgun Library.

The event was held with the informational support of the Report news agency.

Kamal Khalilov, counselor of the Azerbaijani Embassy in Ukraine, noted in his speech that the Khojaly tragedy is one of the most heinous crimes of the late twentieth century, and is a crime not only against the Azerbaijani people, but also against all mankind, universal values ​​and humanism.

First Secretary of the Azerbaijani Embassy in Ukraine Namig Niftullayev told the audience about the numerous facts that the Armenians had repeatedly made statements in which they confirmed that they had committed atrocities in Khojaly and even tried to justify the massacre.

Maryna Honcharuk, representative of the Baku International Multiculturalism Center in Ukraine, spoke about the projects that the Center is implementing in Ukraine to inform Ukrainians about historical realities, in particular, about the Khojaly massacre.

"Many Ukrainians, especially young people, are active participants in projects about historical realities. This confirms the fact that Ukrainians empathize with the Azerbaijani people and demand justice for Khojaly, demand punishment for those who committed atrocities," said Maryna Honcharuk.

Historians and youth activists also delivered speech at the event. Representatives of the Ukrainian youth prepared reports on the Khojaly tragedy, poems. Ukrainian scientists presented studies on the topic of ethnic cleansing by Armenian nationalists against Azerbaijanis. The event was also attended by First Secretary of the Azerbaijani Embassy in Ukraine Elkhan Samadov. 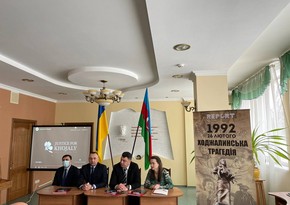 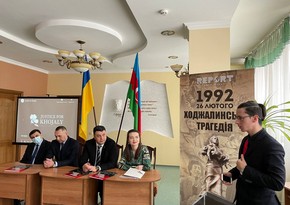 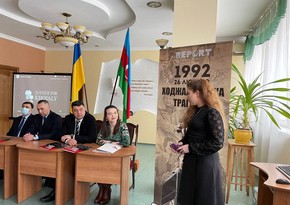