Azerbaijani President gives instructions on Shusha protection Corresponding instructions have been issued in connection with the protection of Shusha. Azerbaijani service members are guarding Shusha, control and will continue to control the adjacent heights. 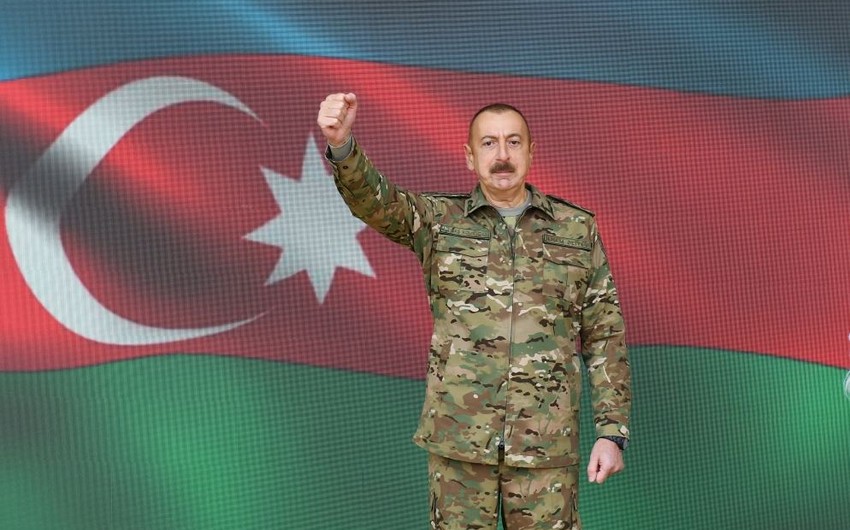 "I have said this before, but I want to say again: our scientists and specialists should provide full information about our history's correspondence to reality. We should not hide our past. We don't need fake history. How many times did we come across a false narrative in Soviet times? Our heroes were presented as enemies, and the enemies of our people, bloodsuckers, as heroes. Twenty-six Baku commissars, this Armenian-Bolshevik bandit detachment, was presented as a group of heroes, whereas the patriots who fought with them were portrayed as enemies. Our generation knows what fake records are. Someone wants to create phony history again now. Once again, someone wants to wash away the guilt of certain deserters, traitors, and cowards. We cannot allow this. Everyone should know who sold the lands and who freed them from the occupation."

President Ilham Aliyev made this statement on January 27 while receiving Aydin Karimov in a video format connected with the appointment of the President's Special Representative in Shusha.

"Corresponding instructions have been issued in connection with the protection of Shusha. Azerbaijani service members are guarding Shusha, control and will continue to control the adjacent heights. A commandant's office has been set up in Shusha, and an institute of civil administration is being established now. Again, I want to say that great confidence has been placed in you because Shusha occupies a special place in Azerbaijani history. Thus, the restoration and revival of Shusha is our common cause. Of course, all the work should be carried out in a planned manner. It is necessary to preserve the historical appearance of Shusha; no buildings alien to Shusha should be allowed. I recently sent a large group of specialists to Shusha. You were also among them and familiarized yourself with the situation. This group stayed in Shusha for several days, inspected everything, analyzed, and reported to me. The restoration of Shusha will be based on this," the head of state said.