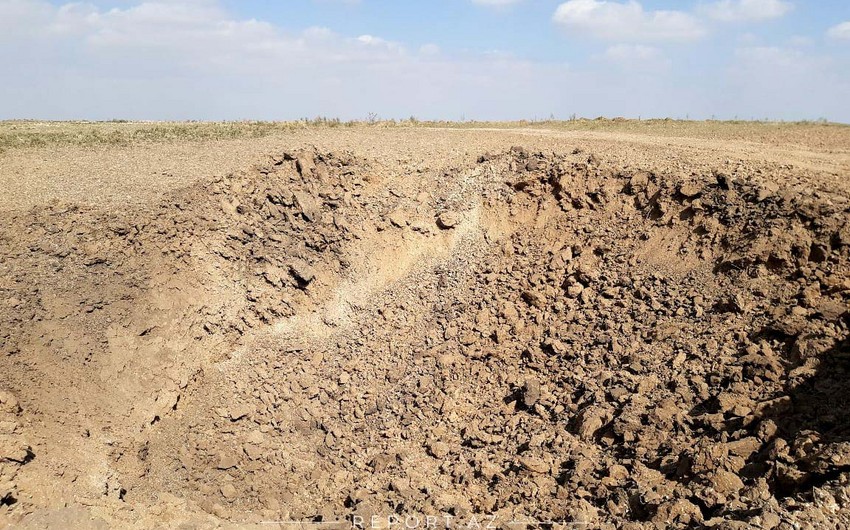 The rockets aimed at the civilian population hit the fields in two villages of the region. The missiles formed deep holes in the areas where they landed.

Since the first day of fighting, villagers who have been provoked by the Armenian army have said they are not intimidated by enemy shelling. There is a high mood among the population.

Earlier, as a result of shells fired by the Armenian armed forces in the Fizuli region, many houses collapsed and became unusable.