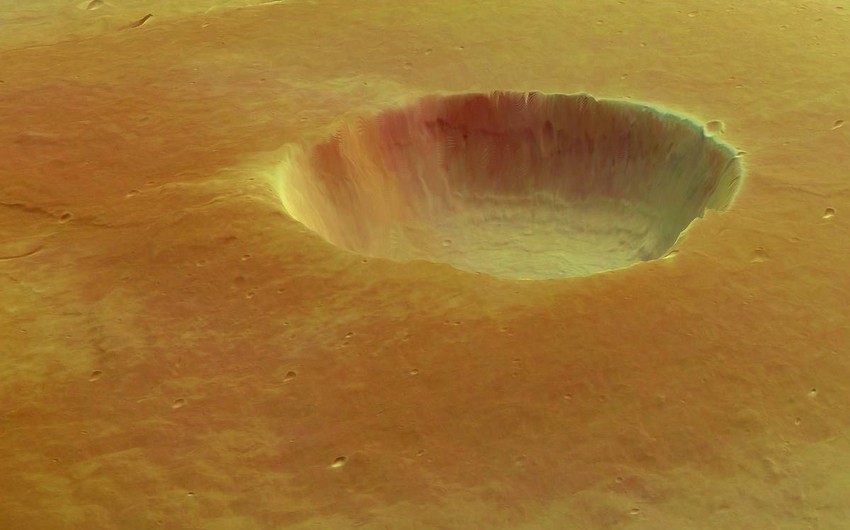 A new, close study of volcanic features on the surface of the red planet has found that a lava deposit on the Elysium Planitia appears to be very recent indeed - as in, within the last 50,000 years.

On geological timescales, that's shockingly short. And it could mean that Mars was potentially habitable just as recently, with parts of it similar to regions of volcanic activity in glacial areas such as Iceland, where various forms of extremophile bacteria thrive.

"This may be the youngest volcanic deposit yet documented on Mars. If we were to compress Mars geologic history into a single day, this would have occurred in the very last second," said astronomer David Horvath of the Planetary Science Institute and the University of Arizona.

Mars has been full of surprises recently, for such an apparently dry, dusty ball of rock, with several lines of evidence suggesting volcanic activity.

Now, using satellite data, a team of astronomers led by Horvath has found another clue - a volcanic deposit on the Elysium Planitia, a broad, smooth plain just north of Mars' equator.

"This feature is a mysterious dark deposit, covering an area slightly larger than Washington DC. It has a high thermal inertia, includes high‑calcium pyroxene-rich material, and is distributed symmetrically around a segment of the Cerberus Fossae fissure system in Elysium Planitia, atypical of aeolian, or wind-driven, deposits in the region," Horvath said.

"This feature is similar to dark spots on the Moon and Mercury suggested to be explosive volcanic eruptions."