US Marshall Legacy Institute speeds up demining in Azerbaijan 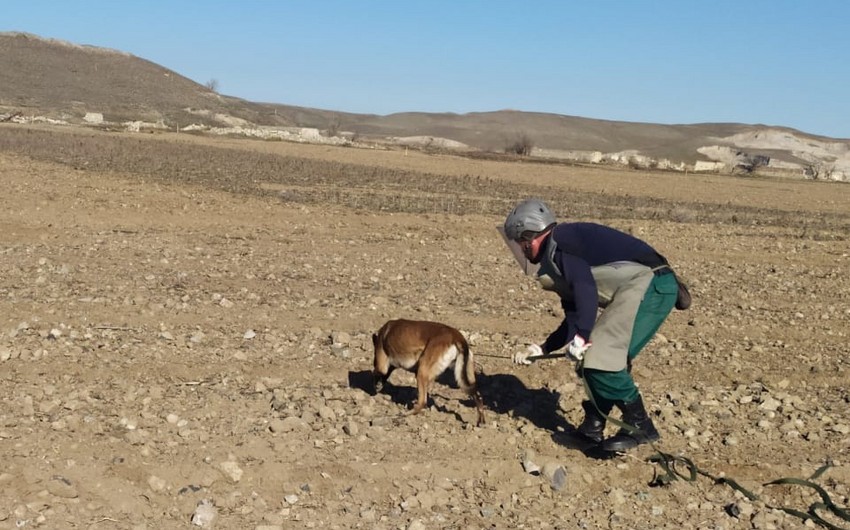 "US Marshall Legacy Institute (MLI) starts the new year strong, with three hero canines in Azerbaijan who have officially been recognized as Mine Detection Dogs and received their IMAS certification!" Report informs, citing MLI's Twitter page.

"These dogs will assist with ANAMA's humanitarian demining efforts and are a part of the 30 MDDs MLI will provide to ANAMA before 2023," MLI tweeted.

According to the memorandum of the Azerbaijan Mine Action Agency (ANAMA) with the Marshall Legacy Institute, 30 mine-detecting dogs will be handed over to ANAMA by 2023. Twenty of them have already been sent to the Agency. Of the specially trained dogs, 12 were funded by ANAMA, and individual benefactors donated 18. It is expected to continue the existing cooperation and bring new dogs in the coming years.