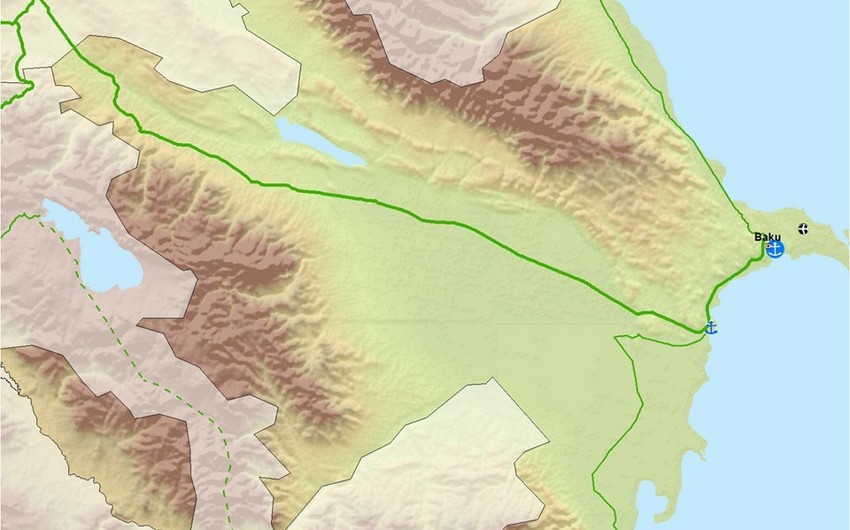 Report informs citing foreign media that in order to connect Europe with Asia  the network of Europe’s main transport facilities was applied in this region for the first time.

Azerbaijan was introduced as a transit zone between Europe and Asia. Three railways connecting neighbor countries with the were identified. Loads will be carried from Europe to Kazakhstan and China through the Black Sea or Turkey and the Caspian Sea or reverse route will be used.

The Trans-European Transport Networks (TEN-T) are a planned set of road, rail, air and water transport networks in the European Union. TEN-T aims to improve transport links within EU to facilitate movement of the people and goods, create transport corridors for implementation of priority projects.