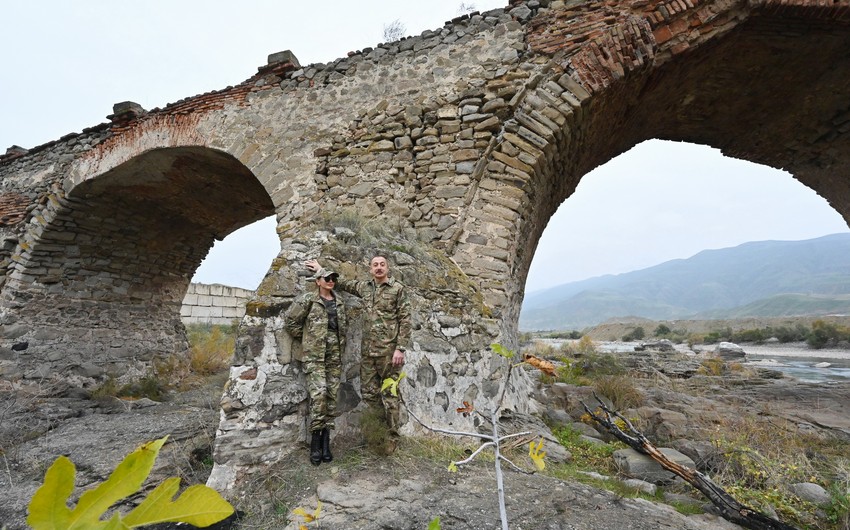 "Armenians believed that after destruction, the Azerbaijani people would never return here. They ruined our territories for that purpose. But they made a mistake. We are back. Look, we are standing here, in our native land, in the city of Jabrayil. We will restore all these places. "

According to him, a new urban development plan will be created: "We invite both Azerbaijani and foreign urban planning specialists to the liberated territories. There are plans to restore villages, cities, infrastructure, and the environment. Everything will be restored, just like we got our land back. We have defeated the enemy, raised our tricolor flag, and will also resolve all other issues."