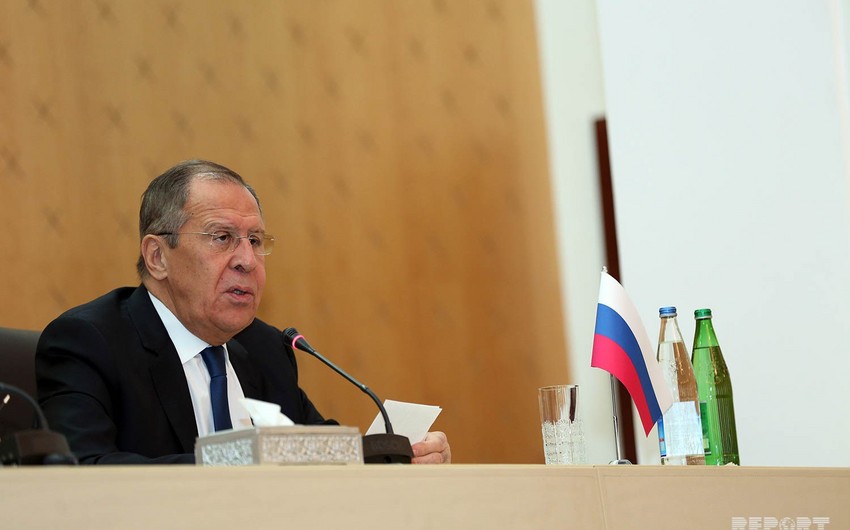 "The prospect of developing economic cooperation between Russia and Azerbaijan is very positive, since this direction is part of strategic cooperation, Russian Foreign Minister Sergei Lavrov said at a press conference on the results of a meeting with his Azerbaijani counterpart Elmar Mammadyarov in Baku, Report informs.

"Russia is a leader in the number of tourists (nearly a million people) travelling to Azerbaijan," the Russian Foreign Minister said.

Moreover, according to him, the countries enjoy very close cooperation on transport projects and the role of Azerbaijan and Russia in such international projects as North-South and East-West is increasing.

On his part, Mammadyarov said that Russia actively uses the Baku-Tbilisi-Kars railroad.