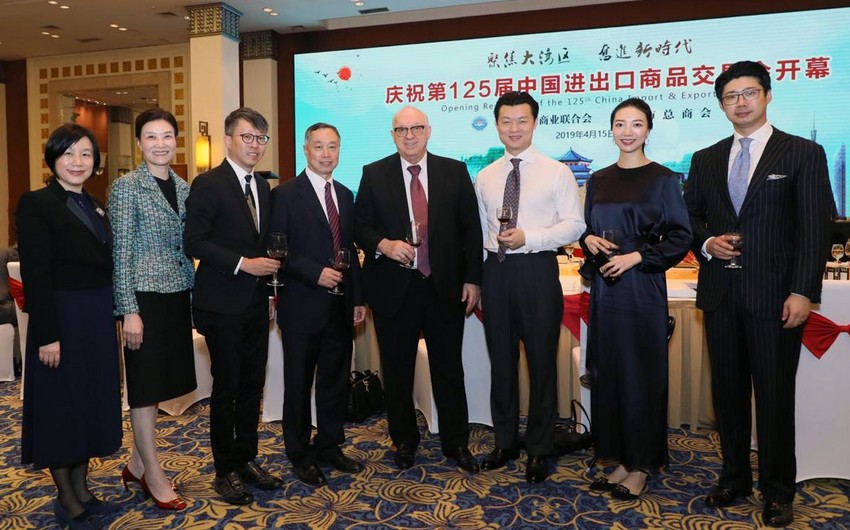 At the invitation of the Chamber of Commerce and Industry (CCI) of Guangzhou, AZAL President Jahangir Asgarov took part at the opening of the Canton Fair - trade and industry fair in Guangzhou, China, AZAL told Report.

Founded in 1957, the Canton Fair (also known as the China Import and Export Fair) is a world-known multi-profile fair, also called the main showcase of Chinese industry.

It takes place twice a year - in spring and autumn. This year, the 125th fair is being held from April 15 to May 5 and its total area of exhibition halls is 1,200,000 square meters.

Manufacturers and suppliers from around the world and from almost all the provinces and cities of China present hundreds of thousands of items. In total, more than 25,000 companies participate at this fair.

At the Canton Fair, the largest amounts and turnovers of transactions are carried out, which constitute one-tenth of the annual volume of all Chinese exports.

The Canton Fair attracts a growing number of entrepreneurs, including from Azerbaijan.

“The fast-growing Chinese market is very attractive for entrepreneurs from Azerbaijan, and therefore in prospect, we plan to make China even more accessible and open new flights to this country,” Jahangir Asgarov said.