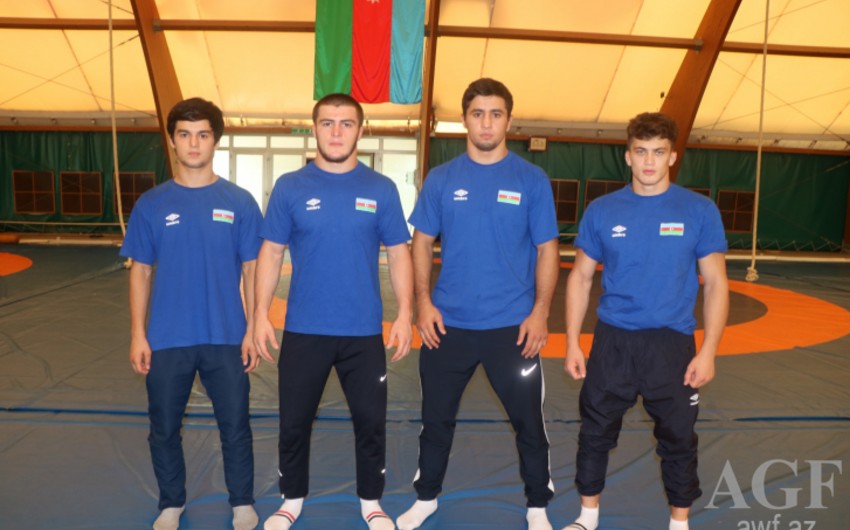 The Junior Wrestling Championship has kicked off in Ufa, Russia, Report informs.

Nureddin Novruzov, 57 kg, has defeated Italian Simone Piroddu and Mongolian wrestler Dashtseren Purvee. On the way to the final, he lost to Russian Ramazan Bagavudinov. He will compete for the bronze medal with the winner of the competition between Asiljan Esengeldi (Kazakhstan) and Shubham Shubham (India).

Ziraddin Bayramov (65 kg) defeated a Tajik wrestler Mustafa Akhmedov in the first bout. In the second bout, although Bayramov lost to his Georgian rival Giorgi Tcholadze (2:5), but, concentrating and showing very high determination, he defeated him, thus reaching the semifinals of the World Championship. In the semifinal, he defeated US athlete Reynald Bartlet and qualified for the final. He will compete with Russian Shamil Mammadov at the final bout.

Jabrayil Hajiyev (70 kg) first achieved an early victory over his Bulgarian opponent Ivan Stoyanov in the 1/8 finals, and then after defeating a Swedish wrestler, Kevin Makota, reached the semifinals. In the seminal, Hajiyev defeated Russian Stanislav Svinoboyev. In the final, he will compete with Iranian Erfan Mohammad Elahi.

Ashraf Ashirov (79 kg) started the championship with a confident victory over the Latvian athlete Osmans Dzasezevs. In the 1/8 finals, he defeated the Mongolian wrestler Munkhdavaa Bayarmunkh. In the quarterfinals, Ashirov won over the Kyrgyz athlete Mahammad Abdullayev and advanced to the semifinals. Achieving a victory over Kazakhstan’s Makhamber Nurjaubayev will compete with Iranian Mohammad Ashgar Nokhodilarimi.

The final bout will be held on August 17.