Mahir Mammadov: Our next target is to gain victory in Olympiad

Mahir Mammadov: Our next target is to gain victory in Olympiad The achievements of Azerbaijani sport are not limited with chess 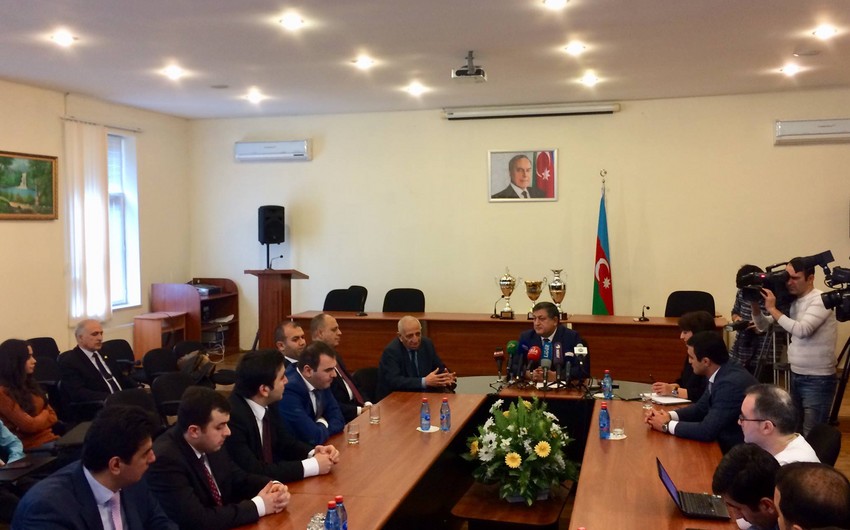 Baku. 8 November. REPORT.AZ/ Press conference on the occasion of the victory of Azerbaijani men's chess team in Crete, Greece was held today at the Ministry of Youth and Sports.

Ismayilov said the third victory of Azerbaijani chess players European Team Championship is a result of state’s attention to sport. He said that with its success the team proved that it is the favorite in all attended tournaments.

ACF Vice-president F.Hasanov said after Olympiad European Championship was the second test. He said the team achieved the set target.

The team member Shahriyar Mammadov also shared his views in the conference. He said Russian team was the favorite of tournament but Azerbaijani chess players demonstrated better game.