Kirsan Ilyumzhinov: "Shahriyar Mammadyarov didn't have enough aggression and fury" Before 2020, I should teach 1 billion people to play chess” 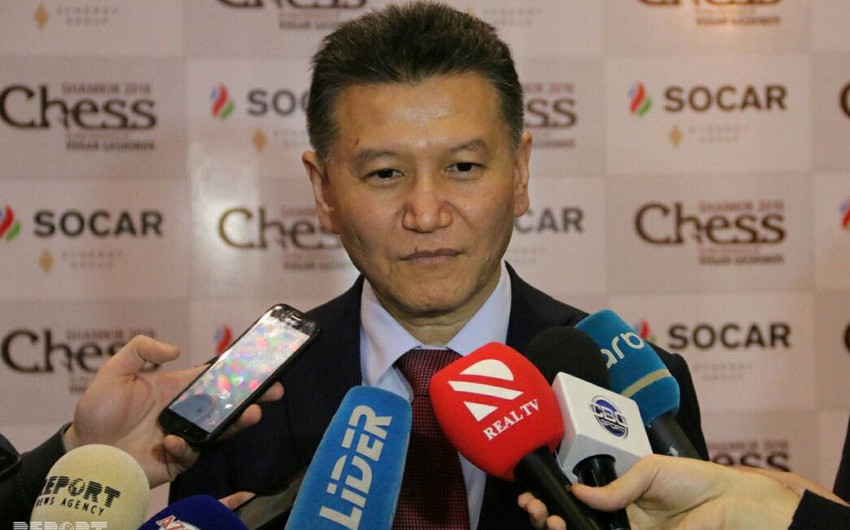 This ismy fourth visit to Azerbaijan. We have opened Vugar Hashimov's memorial tournament for the fifth time. First of all, I express my gratitude to the President of Azerbaijan Ilham Aliyev for the organization of traditional chess tournaments. Shamkir is known not only in Azerbaijan, but also in all countries of the world. Chess programs are developing actively in the country. When we come here, we witness that, well-known grandmasters of the world are proud of their participation in “Shamkir Chess”. I hope the strongest will win. There are very strong players in the list of participants. Magnus Carlsen, Sergey Karyakin, Veselin Topalov, in short, they are all strong. Each of 10 participants can be a winner. As FIDE president, I wish success to everyone. I wish them to play until the end and have fewer draws.

- You have re-nominated candidacy for Presidential post of FIDE. How would you evaluate your chances?

- The election will be held in Batumi, Georgia in late September. Four years ago, I won the election held in Tromso, Norway and exceled the world champion Harry Kasparov. 110 countries voted for me and 61 voted for him. I am a president of FIDE for 23 years. The first time I was chosen to this post on November 24, 1995 in Paris, France. After that, I have been re-elected 6 times. Why do I re-nominate for this post again? Because i want to teach chess to 1 billion people before 2020. At present, 600 million people can play. I think the number will reach to 1 billion. 1 billion chess players mean 1 billion intelligent people. During the year, I visit dozens of countries. We give chess lessons in schools everywhere. The goal is to promote chess in every school and every family.

He didn't have enough aggression and fury. The winner should always focus on victory and go to the goal without paying attention to anyone . Shahriyar is a very talented chess player with great potential.