Baku to host race and exhibition of classic cars 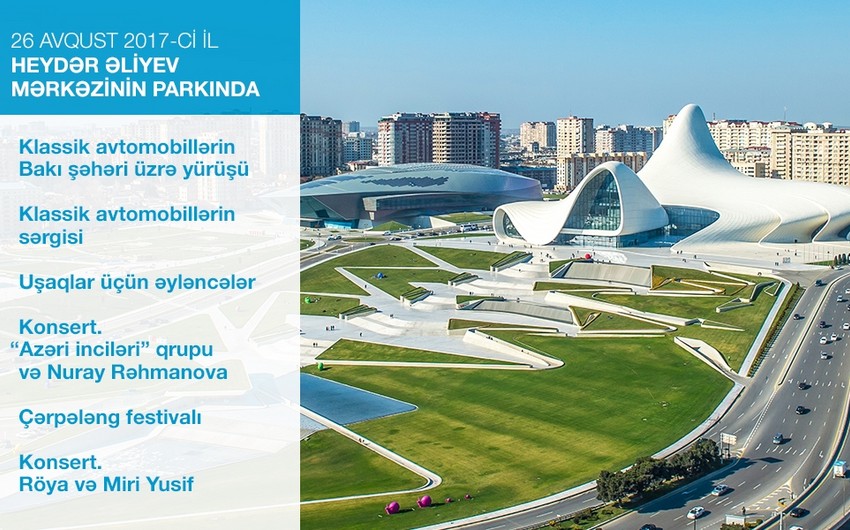 Baku. 24 August. REPORT.AZ/ The race and exhibition of classic automobiles will be organized in Baku on August 26 by the Azerbaijan Automobile Federation (AAF).

Report was informed by the Press Service of the Heydar Aliyev Center, more than 100 classic automobiles produced till 1980 will be featured at the event.

These are the automobiles registered for the race and the exhibits of the Classic Automobile Exhibition displayed at the Heydar Aliyev Center.

The owners of registered automobiles should be in front of the Center on August 26 at 15:30.

After the race, different entertainment programs, the kite festival and concert will be organized for people of various age groups in the park of the Heydar Aliyev Center.