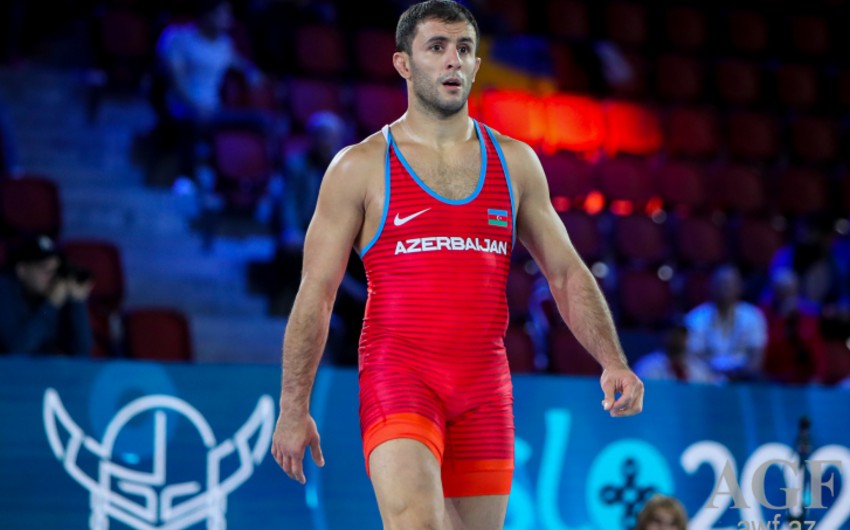 The World Wrestling Union (WWU) has updated its rankings after the world championship in Norway, informs.

Rafig Huseynov, the world champion in Greco-Roman wrestling in 82 kg, became the leader in this weight category. The 33-year-old wrestler leads the ranking with 70 points. Huseynov is 9 points ahead of his closest rival Adlan Akiyev (Russia) and 23 steps higher compared to the previous list.

Three more Azerbaijani representatives are in the top 10 in this type of wrestling. In 55 kg Eldaniz Azizli ranked third with 39 points. The wrestler, who won a bronze medal in Oslo, advanced four steps in the ranking. In 63 kg, Taleh Mammadov rose from 6th to 3rd place. The experienced wrestler has 38 points. Sanan Suleymanov made a big leap in 77 kg. The athlete won a silver at the World Championships and rose from 15th to 3rd place with 58 points.

In freestyle wrestling, four members of the Azerbaijani national team are in the top 10 in their weight categories. Haji Aliyev, who won a silver medal at the Tokyo Olympics, dropped from 3rd to 6th place in 65 kg. The reason was that the athlete with 44 points missed the World Cup. Turan Bayramov, who was one step away from winning a medal in the competition in Norway, rose to 4th place in the 70 kg weight class, leaving behind two other athletes. The young wrestler has 38 points. Abubakr Abakarov has made significant progress in 86 kg. The previous position of the legionnaire, who currently closes the top 10 with 25 points, was 33rd. Osman Nurmahammadov rose from 11th place in the 92 kg category to 3rd place with 39 points.

In women's wrestling, Maria Stadnik retreated one step in 50 kg. The leader of the national team is in third place with 60 points. Elis Manalova closes the top 10 with 22 points in 68 kg.

The World Cup in Oslo took place on October 2-10.