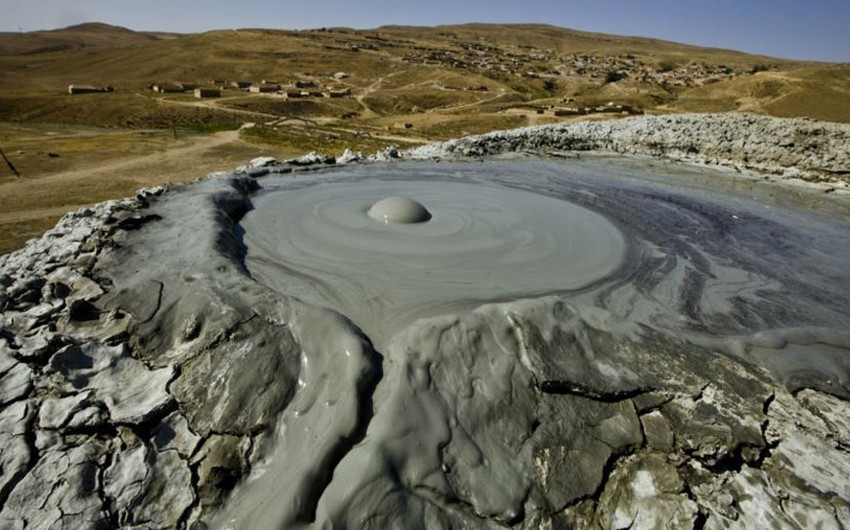 Report was informed by the press service of the Ministry of Ecology and Natural Resources.

It was noted that an eruption has occurred in Ayrantaken mud volcano located in Garadagh district of Baku on March 29, 2018 at 21:10.

The eruption of up to seven minutes was accompanied by flames and the flame column reached a height of about 100-150 meters above the crater of the volcano.Eruption eruption from the volcano (breccia) covers an area of up to 2 hectares and has a thickness of 0.3-1.2 meters. Radial cracks have formed in the volcanic area.

Notably, there is no settlement around the mud volcano.

At present, experts of the Ministry of Ecology and Natural Resources are investigating erosion and its consequences, and relevant monitoring is under way.

Ayrantoken mud volcano is part of the Mud volcanoes of the Baku and Absheron peninsula of the Republic of Azerbaijan and is part of the territory of the State Nature Reserve.The first eruption took place in October 1964, and the last eruption was observed in 2008.