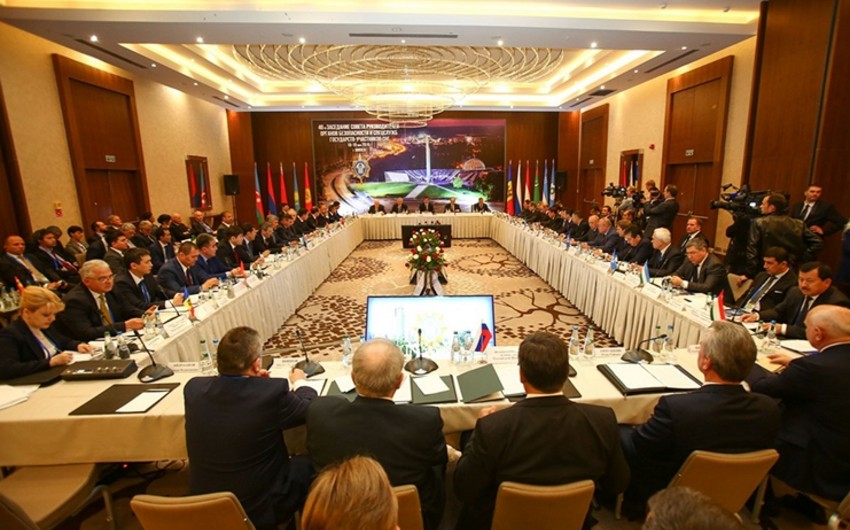 Baku. 20 May. REPORT.AZ/ The 40th anniversary meeting of CIS member-states heads of Security and Special Agencies Council (SORB) has been held in Minsk.

Chief of State Security Service, Lieutenant General Madat Guliyev made a speech on the topic of 'Intensifying cooperation against terrorism and extremism manifestations' and stated that Azerbaijan attaches great importance to the international cooperation relations in ensuring security to carry out strategic line on progress and development. In this regard, newly established State Security Service is interested in further expansion of partnership relations in bilateral and multilateral levels, in different formats, including with the SORB on security issues.

Lieutenant General Madat Guliyev stressed that challenges and problems posed by global terrorism and extremism is a serious threat to the international security: 'Geography of these dangerous manifestations extend on the account of new countries and continents. Religious extremism, increasingly hardly distinguishable from terrorism has became a great danger to the modern world. Religious extremism mostly seen in currently committed terrorist actions. Its main reason is that 'Al-Qaeda', 'ISIS' and other terrorist organizations have changed essence of traditional religious doctrines in their activities and used religious and ideological indoctrination instructions'.

M.Guliyev emphasized importance of transfer of preventive information, obtained on danger and threats, to ensure regional and international security. At the end of the speech, he stated that the discussions, held during the meeting, will have positive impact on joint activity in the cooperation as well as serve increase of efficiency in business relationships, considering new realities.