Azerbaijan introduces its first antivirus "The first "beta" test version of the application, developed for pest analysis, which we have been working on for a long time, is ready," said the Center for Combating Computer Incidents 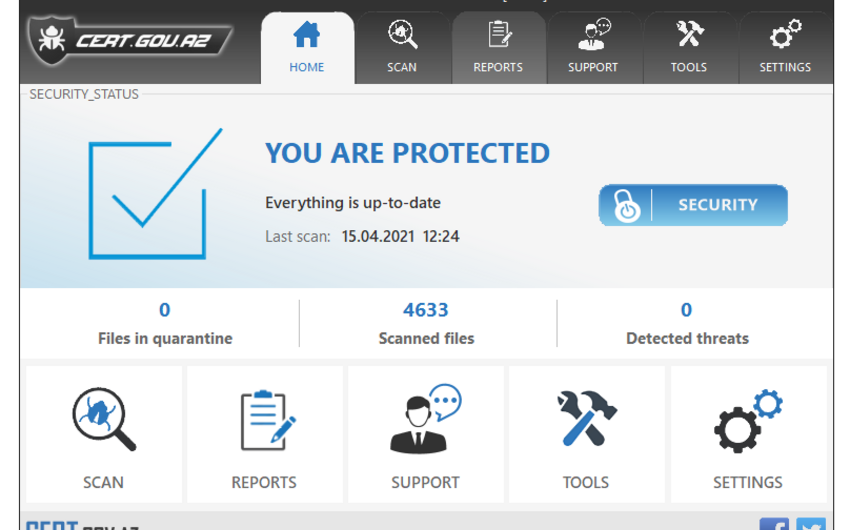 "The first "beta" test version of the application, developed for pest analysis, which we have been working on for a long time, is ready," said the Center for Combating Computer Incidents of the Special Communication and Information Security State Service.

"We have also got a certificate from Microsoft for the legitimacy of the application and integrated it into the software. For the analysis of suspicious files in the beta version, which is currently available in 3 languages (Azerbaijani, English, Russian) and equipped with a database of 1 million (limited) malicious signatures, files have been added to the Malware Lab of the Center for Combating Computer Incidents, and the news and articles published on the CERT.gov.az information resource have been added as a warning to users.

"The purpose of the test release is to assess the pros and cons of this software, the functional capabilities of real users, as well as to measure the technical performance of the system, such as durability and so on. The information obtained from the use of the beta version will help us to develop the project and predict the future.

"We want to note that the pro version of the project, unlike the beta version of the approach, envisages the development of a cloud base. Such an approach is designed to get rid of the ever-increasing database of malicious signatures and several analytics capabilities on computers and reduce computer performance, as well as the use of cloud-based artificial intelligence in analysis," the statement said.

You can download the beta version of the program from the link: