TABIB's statement about Delta variant Recently, the Indian or Delta version of the coronavirus is raging worldwide, which causes severe concern among the people. 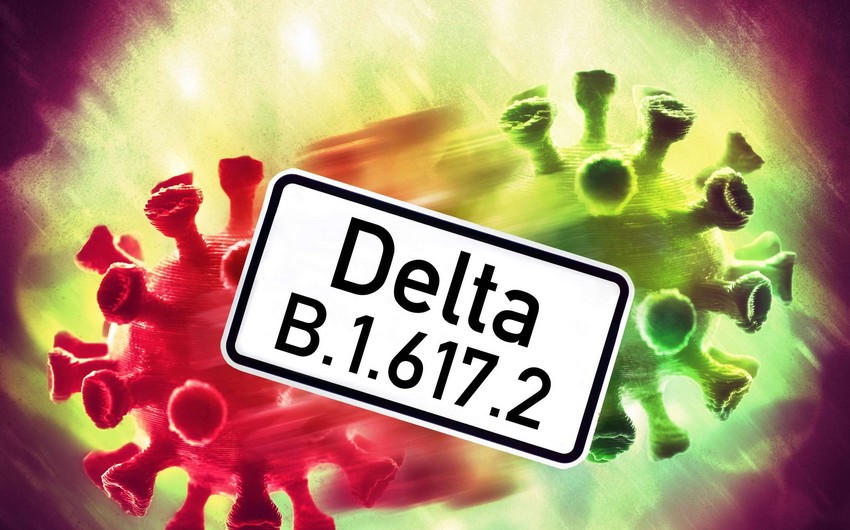 Recently, the Indian or Delta version of the coronavirus is raging worldwide, which causes severe concern among the people.

As part of the measures taken to control the epidemiological situation in Azerbaijan, the Genetic Diagnostic Center of the National Center for Hematology and Transfusiology conducts regular tests on genetic variants of the SARS-CoV-2 virus.

According to a joint statement issued by the Ministry of Health, the State Agency on Mandatory Health Insurance, and the Management Union of Medical Territorial Units (TABIB yesterday, the B.1.617 (Delta) strain was found in 31 samples taken from persons who arrived from abroad. The variant B.1.1.7 (20 Alpha V1, UK) was detected in 9 samples.

What is the difference between the new Delta strain and the previous ones? What are the symptoms? How should citizens be protected?

Commenting on questions, Chairman of Azerbaijan's Medical Scientific Committee under the Board of the Management Union of Medical Territorial Units (TABIB) Akif Gurbanov told Report that people infected with the Delta variant usually have gastrointestinal disorders for the first time.

According to the TABIB official, clinical observations revealed that the diseases caused by these strains have their characteristics:

"Patients infected with this strain usually complain of diarrhea and abdominal pain. These symptoms can also occur in parallel with headaches, coughs, weakness, and muscle aches, including vomiting and fever. The senses of taste and smell are not affected so badly. Of course, all these are observations. But there is no scientific evidence yet. "

Gurbanov said that the Delta is twice more contagious than other variants: "Resistance of the virus against antibodies in our body has also increased. Thus, the Delta plus strain is a double mutation of the virus. Therefore, both incidence rates have increased, and the new mutation became more resistant to antibodies against COVID-19. Delta variants are also COVID viruses. Sometimes people think that it is a new virus. However, the virus only mutates. That's why people shouldn't be surprised."

Akif Gurbanov called on the population to strictly follow the protection measures:

"My observations show that people calmed down since Azerbaijan has the most stable epidemiological situation compared to neighboring countries, which is evidenced by the low number of daily infections and almost no deaths. It is an excellent indicator and, we should maintain this rate. However, the neighboring countries are posting an increase in the number of infections. Given the emergence of new strains of the virus and the upcoming autumn season, citizens should be more careful not to increase new cases and burden on the health care system. The pandemic is still going on, and we must not forget it."