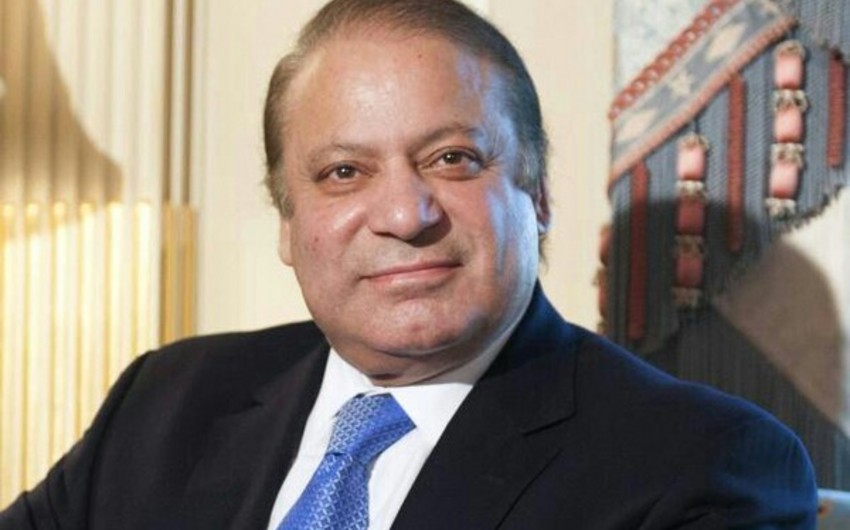 Baku. 26 April. REPORT.AZ/ Pakistan is keen to enhance its ties with Azerbaijan by cooperation in defence, energy, commercial and economic fields for mutual benefit of both the countries.

Report informs referring to the Pakistani media, Pakistani Prime Minister Nawaz Sharif said in a meeting with the Minister of Defense Industry of Azerbaijan Yaver Jamalov in Islamabad.

During the meeting, both sides discussed various issues related to bilateral relations. Both sides agreed that the two countries would further enhance cooperation in areas of trade and economics and would also continue the joint ministerial meetings to find out new opportunities.

In his remarks, the prime minister said that Pakistan places high value to its partnership and closer friendly relations with Azerbaijan.

Warmly welcoming Yavar Jamalov, the prime minister recalled his meeting with the President of Azerbaijan Ilham Aliyev at Davos in recent past during which both the leaders had agreed to enhance the ties between the two states.

Yavar Jamalov thanked the prime minster warm welcome and extended greetings on behalf of the President of Azerbaijan.

The Azerbaijan’s minster for defence said that his country is keen to explore newopportunities to import defence products and raw material from Pakistan. He appreciated the economic policies of Pakistan’s government and also highlighted the need to increase the bi-lateral trade.

The minister also invited investments from Pakistan in Azerbaijan.

In addition, he also extended invitation for Pakistan’s participation in the International Defence Exhibition being organised by Azerbaijan in coming September.

The prime minister said that Pakistan will participate in the exhibition, and extended hisgreetings and best wishes to the President of Azerbaijan Ilham Aliyev.