US Ambassador: Azerbaijan plays a key role in ensuring energy security "Azerbaijan is important considering many strategic issues and today its political profile is growing" 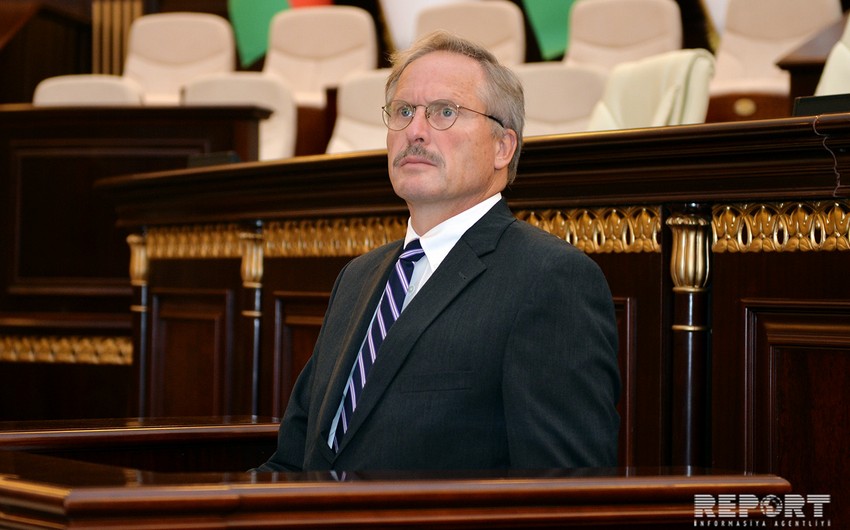 Baku. 28 March. REPORT.AZ/ Azerbaijan plays a key role in ensuring energy security. Report informs, US Ambassador to Azerbaijan Robert Cekuta said at the monthly business luncheon organized by AmCham Azerbaijan, dedicated to the completion of his diplomatic mission in the country.

The ambassador noted that Azerbaijan is important, given many strategic issues, and today the political profile of the country is growing.

R. Cekuta added that the opening of the Baku-Tbilisi-Kars railway and the construction of the port in Alat are key points of the "New Silk Road".

According to him, Azerbaijan, as a secular state with a predominance of the Muslim population, "is a vivid example of the fight against extremism and terrorism, demonstrating internationalism and tolerance”.