Ukrainian Ambassador discuss crimes against Azerbaijanis with Prosecutor General of Azerbaijan Embassy: No evidence to suggest the presence of anti-Azerbaijani mood in Ukraine
2180 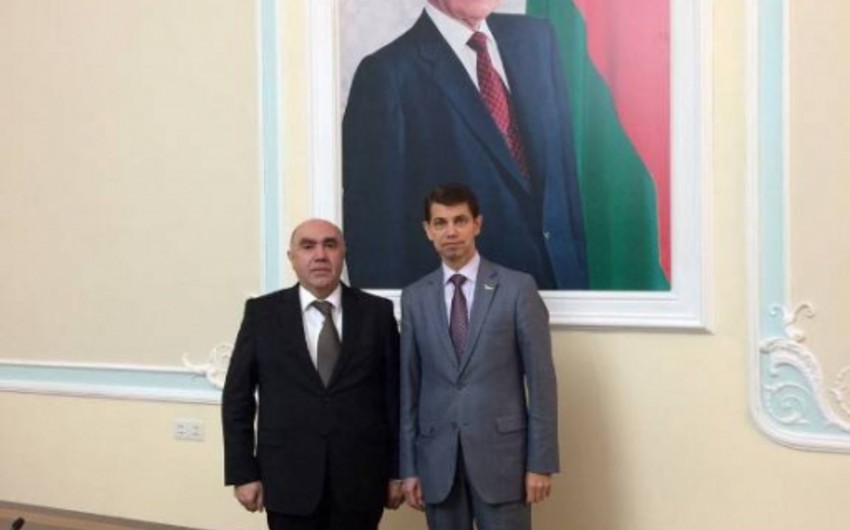 Report informs during the meeting the sides discussed issues of cooperation between the two countries in the field of law enforcement. In particular, the situation in Ukraine around the known facts of the offenses committed against Ukrainian citizen of Azerbaijani origin, as well as Azerbaijani citizens, who have their own business in Ukraine were discussed.

According to the embassy, the meeting noted that the "overall crime situation as a result of military aggression of Russia against Ukraine worsened considerably, but there is no evidence to suggest the presence of anti-Azerbaijani sentiments in Ukraine."

"Typically, Azerbaijanis suffer when they are involved in different kinds of criminal fraud and so on.But to the same extent this is the case of Ukrainians and other nationalities living in Ukraine", the embassy said.

Ambassador A .Mischenko mentioned that in general, situation in Ukraine in the territories controlled by the official Kiev is absolutely stable.

This is evidenced by Western Ukrainian recreation center in the town of Truskavets which is visited annually by thousands of citizens of Azerbaijan, and there have never been reported complaints in the Ukrainian Embassy in Azerbaijan about some targeted actions against the Azerbaijanis.

On the other hand, according to the Ambassador, there is also evidence of significant violations of rights of Ukrainians in Azerbaijan, but in this context, the Ukrainian Embassy in Azerbaijan is always in close contact and cooperation with law enforcement agencies of Azerbaijan, as a result it becomes possible to ensure the most rapid restoration of the rights and legitimate interests of Ukrainian citizens in Azerbaijan.

During the meeting both sides expressed readiness to the maximum activation and deepening of relations between the Prosecutor General's Office of Azerbaijan and Ukraine to promote the protection of the rights of citizens of both countries.

Azerbaijani General Prosecutor Garalov praised the willingness of leadership of Prosecutor General of Ukraine to hold a meeting with representatives of the Azerbaijani community in Ukraine in the near future, which will provide support for certain existing problematic issues of Azerbaijanis in Ukraine.