Kazakh Embassy to Azerbaijan opens a book of condolences 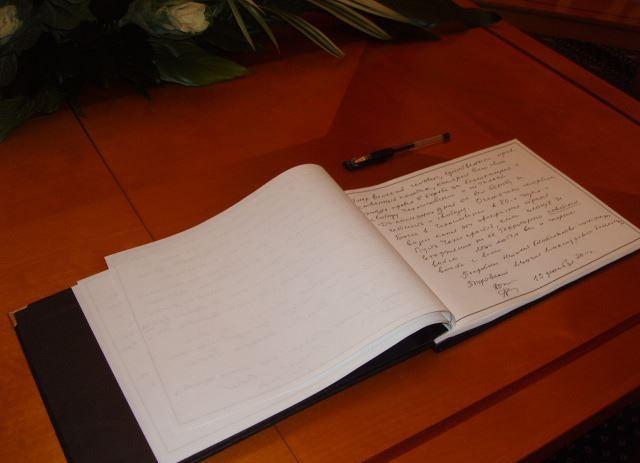 Baku. 9 June. REPORT.AZ/ Due to mourning for the victims of the terrorist attack in Aktobe, Kazakhstan Embassy in Azerbaijan lowered the national flag. Report was informed by the Kazakhstan Embassy, in connection with mourning book of condolences will be open today until 17:00 at the embassy.

Kazakh President Nursultan Nazarbayev signed a decree declaring June 9 a national mourning in the country in connection with the human victims of the terrorist act in Aktobe.

On June 5 a group of criminals committed an armed attack arms stores and the military unit of the National Guard, killing seven people, including three soldiers in Aktobe. According to the Ministry of Health and social development of the country, hospitals admitted 38 people with varying degrees of injuries. According to the latest Ministry of Internal Affairs’ data, 13 criminals were liquidated during the anti-terrorist operation, four injured, six are wanted.