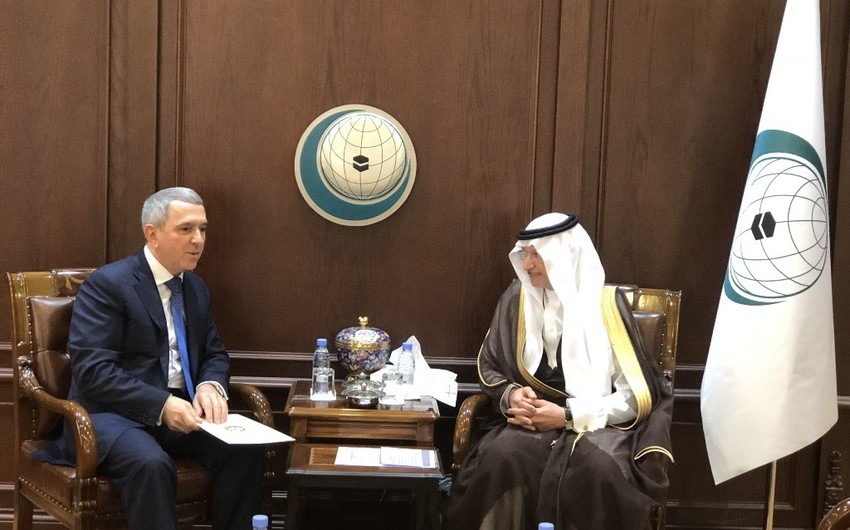 Baku. 14 March. REPORT.AZ/ Azerbaijan plays an active role in promoting the agenda of the Organization of Islamic Cooperation (OIC).

Report informs, Secretary General of the Organization of Islamic Cooperation (OIC) Yousef Al-Othaimeen said during the meeting with Ambassador of Azerbaijan in Riyadh, Shahin Abdulayev, who presented his credentials as Azerbaijan’s Permanent Representative to the OIC.

Secretary General Othaimeen termed the bonds between the OIC and Azerbaijan as outstanding, and commended the active role of the leadership of Azerbaijan in furthering OIC’s agenda. He also expressed OIC’s desire to work closely with Azerbaijan in promoting trade, tourism, culture, sports and youth affairs, among others, for the common benefit of all Member States.

Ambassador Abdulayev expressed his country’s appreciation of the role of OIC in promoting peace, fostering intra-OIC relations and standing for its principled position on the various issues of common interest to humanity.

The Ambassador reaffirmed Azerbaijan’s commitment to further its relations with the OIC and to explore possibilities of enhancing relations in political, economic and cultural domains.