Samad Seyidov: We expect reforms from the newly elected PACE President 'Some countries refuse to give their membership fees'
163 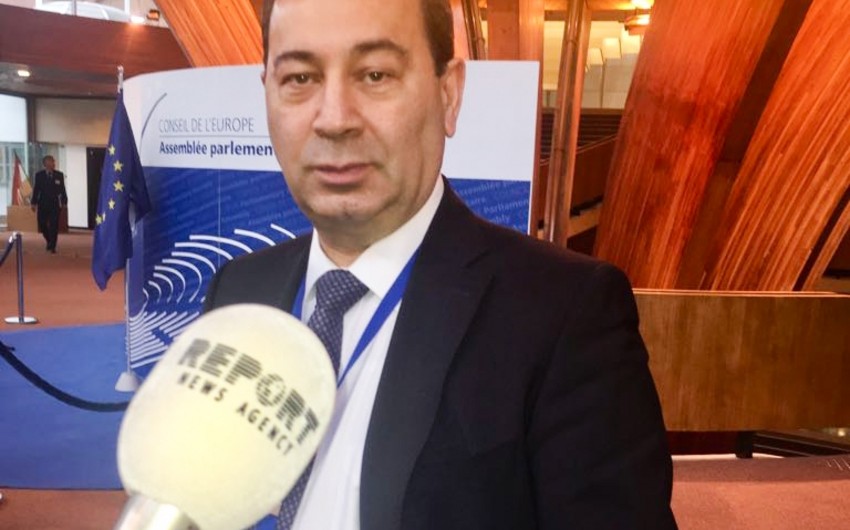 Strasbourg. 24 January. REPORT.AZ/ "Our expectations from the newly appointed President of the PACE are carrying out of reforms".

Report informs, Chairman of the standing commission on international relations and inter-parliamentary ties, Head of the permanent delegation to the Parliamentary Assembly of the Council of Europe (PACE) Samad Seyidov told the Western European Bureau of Report.

"Michele Nicoletti is one of the most influential persons in the Council of Europe. He was the sole candidate for PACE presidency and was unanimously accepted. There was no other candidate to carry out this mission. Our expectation from PACE's newly appointed president is to carry out reforms. The reform process in the Council of Europe had to start long ago. There is a huge need for reforms here. The Azerbaijani delegation conveyed this to them several times. I believe that the new President of PACE, with great authority, experience and high intellectual level, will achieve these reforms", Seyidov said.

Some countries refuse to give their membership fees. There is double standard and non-objective approaches. Of course, all these are not coming out of the blue. There is a crisis in this organization and the only way out of this is reform”.