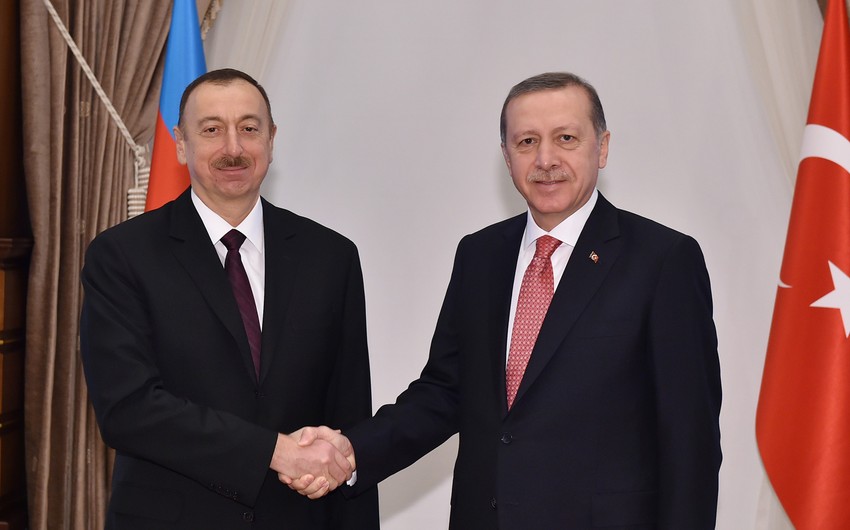 The head of state congratulated Recep Tayyip Erdogan and the brotherly people of Turkey on the occasion of Eid al-Adha and wished the Turkish President the best of health and the Turkish people prosperity.

Recep Tayyip Erdogan thanked for attention and congratulations and extended his best wishes to the head of state and Azerbaijani people on the occasion of the holiday.

Presidents hailed the brotherly ties' continuous development between Azerbaijan and Turkey, expressing confidence that the bilateral relationship would continue to strengthen. The heads of state praised the successful conduct of the Azerbaijani-Turkish joint military drills in different regions of Azerbaijan these days, describing this as yet another manifestation of the relations of friendship and brotherhood between the two countries.
President Ilham Aliyev praised the Turkish President's resolute support for Azerbaijan in connection with Armenia's recent military provocation on the Azerbaijan-Armenia border.

The heads of state discussed prospects for cooperation in a variety of areas.