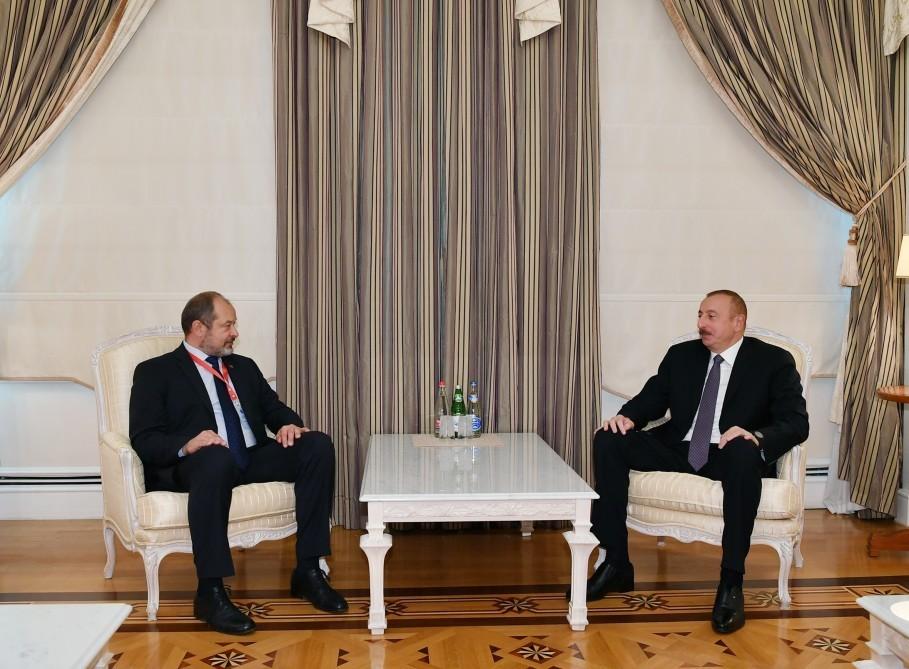 President of the Slovenian National Council Alojz Kovsca hailed good relations between the two countries, underlining opportunities for further development of these ties. Alojz Kovsca noted that he held discussions on defining areas of mutual interest for expanding cooperation between the two countries, and expressed his hope that measures will be taken in this regard in the years to come.

The head of state hailed the successful development of Azerbaijan-Slovenia relations. President Ilham Aliyev noted the significance of reciprocal visits at the level of presidents in terms of the development of bilateral ties, and recalled his official visit to Slovenia. Underlining the necessity of expanding bilateral relations, President Ilham Aliyev pointed out the significance of defining areas of partnership between the two countries. The head of state noted the importance of increasing the level of mutual trade in this regard.

The President underlined that companies from both countries can further enhance their activities by benefiting from good political environment that exists between Azerbaijan and Slovenia.

President Ilham Aliyev recalled his visit to the memorial of Mehdi Huseynzade during his Slovenia trip. The President also hailed good prospects for the development of humanitarian cooperation between the two countries as well as tourism, which, he said, is of crucial importance.