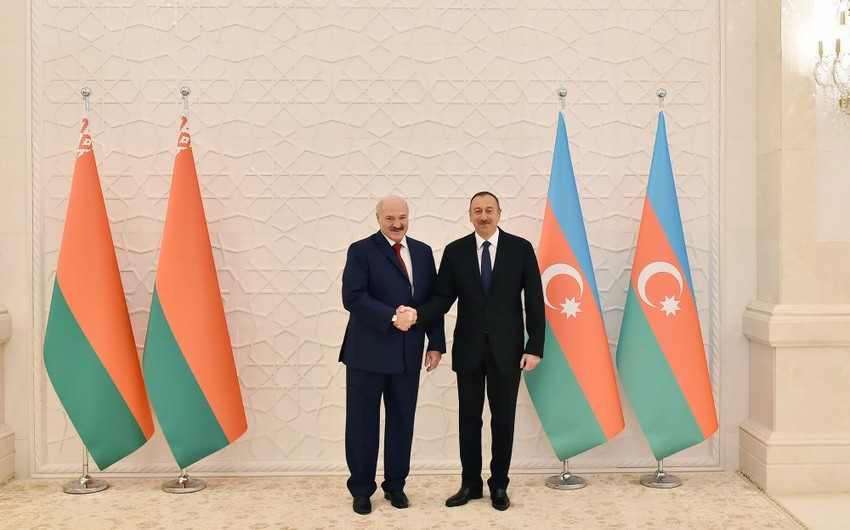 Report informs, the presidents highlighted successful development of bilateral Azerbaijan-Belarus relations. President Alexander Lukashenko`s official visit to Azerbaijan late last year was recalled with pleasure during the conversation. Successful implementation of the agreements reached during the visit was stressed.

They expressed confidence that relations in political, economic and other fields would continue to develop.

The heads of state exchanged views over the prospects of bilateral relations, and spoke of the future meetings at the presidential level.

President Ilham Aliyev extended gratitude to the Belarussian side and personally President Alexander Lukashenko for demonstrating a fair position and taking a resolute step to extradite Alexander Lapshin, who was charged under several articles of the Criminal Code of the Republic of Azerbaijan, to the country. President Ilham Aliyev described this step as compliance with the rule of law and international conventions, as well as a manifestation of friendly and strategic partnership between Azerbaijan and Belarus.