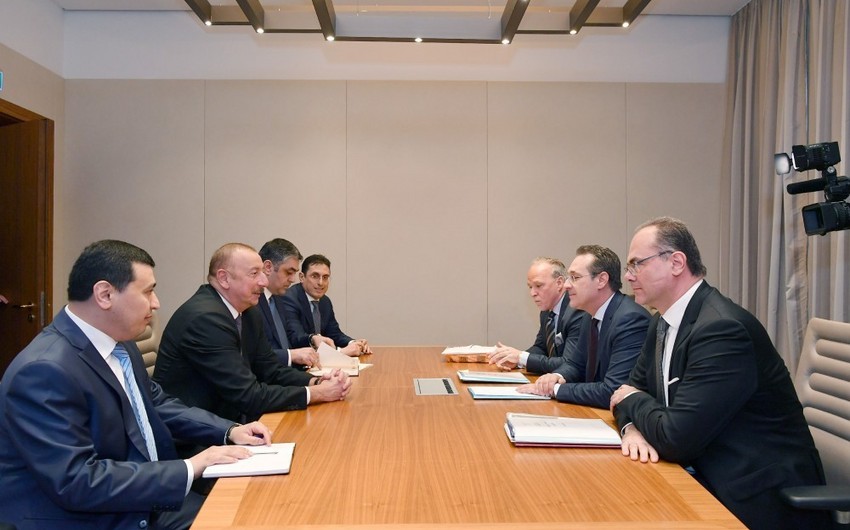 Recalling his meeting with the Austrian vice-chancellor in Baku, the head of state said that they had a broad exchange of views on the bilateral cooperation at that meeting. Praising the successful development of Azerbaijan-Austria relations, including political and economic ties, President Ilham Aliyev emphasized the importance of his visit to Austria, as well as his meeting with the vice-chancellor in terms of expanding cooperation.

Vice-Chancellor of the Republic of Austria Heinz-Christian Strache said that his meeting with President Ilham Aliyev and fruitful discussions held during his visit to Azerbaijan gave impetus to the development of relations between the two countries.

The sides touched upon the initiatives to establish cooperation formats in order to expand economic and trade ties between Azerbaijan and Austria, and stressed the significance of enhancing relations between the two countries` government authorities and business communities within this framework.