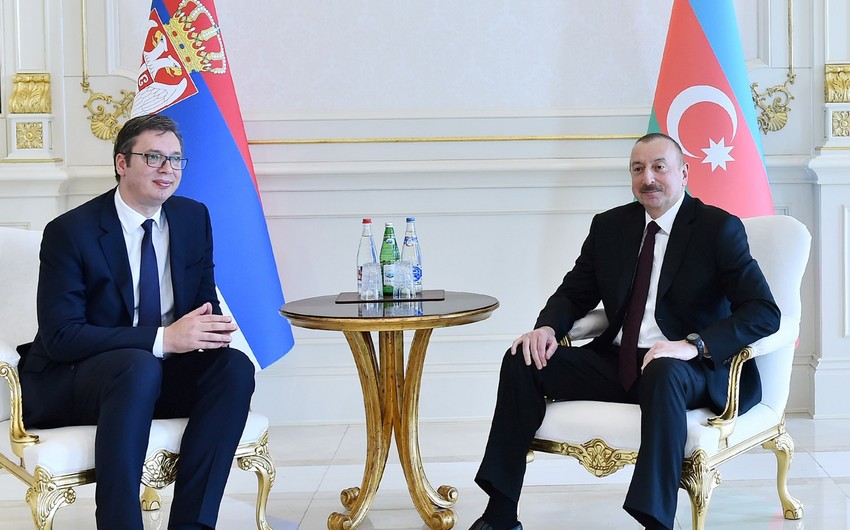 Alexander Vucic expressed his condolences on the death of our servicemen due to Armenian provocation on the Armenian-Azerbaijani border in July. At the same time, he voiced regret over the use of Serbian-made weapons by Armenia in these military clashes. He noted that a high-level Serbian delegation would be sent to Azerbaijan soon to investigate the situation.  Vucic praised the friendly relations with Azerbaijan based on strategic partnership and invited the President of Azerbaijan to pay an official visit to Serbia.

Expressing gratitude for the phone call, Ilham Aliyev noted that the use of Serbian-made supplies by the Armenian side to shell Azerbaijani military positions, which killed our servicemen, including civilians, may be raised public concern in Azerbaijan.

The head of state expressed satisfaction with the decision to send a high-level delegation.

During the telephone conversation, the parties decided to refrain from actions that could overshadow the friendly relations between our countries in the future.

President Ilham Aliyev thanked for the invitation to visit Serbia.