MP: Positions of Russia, Azerbaijan coincide on all key issues

MP: Positions of Russia, Azerbaijan coincide on all key issues Interview of the Russian bureau of Report with the head of the Russia-Azerbaijan interparliamentary friendship group, deputy of the State Duma of the Russian Federation Dmitry Savelyev 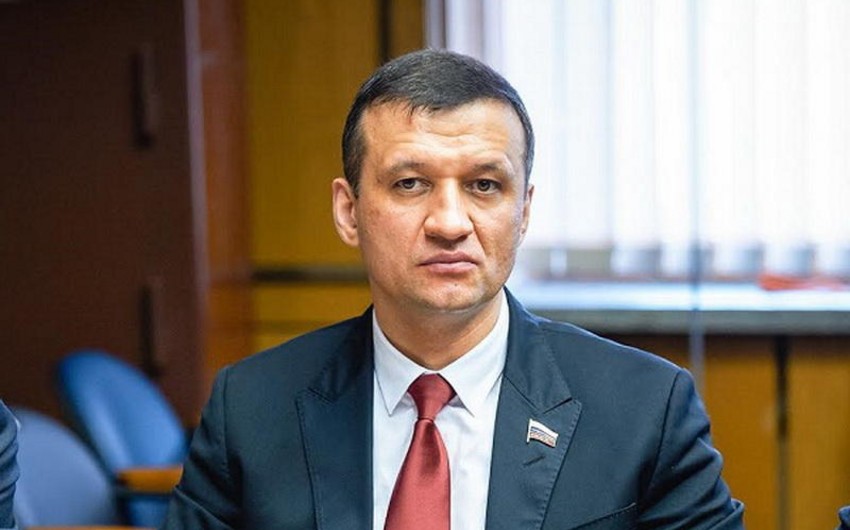 Interview of Report's Russian bureau with Dmitry Savelyev, head of the Russia-Azerbaijan interparliamentary friendship group, deputy of the State Duma of the Russian Federation.

- After Azerbaijan gained independence, Russian-Azerbaijani diplomatic relations were established very quickly. A few months later, Russian Foreign Minister Andrei Kozyrev arrived in Baku, where our countries agreed to sign ten cooperation agreements, and in total, more than 300 interstate documents have been signed since the establishment of diplomatic relations. Strong ties began to be established after the coming to power of the national leader Heydar Aliyev, who emphasized that close economic, cultural and purely human relations had long been established among the former Soviet republics.

In 1997, Heydar Aliyev paid his first official visit to Moscow as the President of Azerbaijan. Then the Treaty of Friendship, Cooperation and Security between Azerbaijan and Russia was signed, which gave a powerful impetus to the development of relations between the two countries. This document reflects measures to maintain mutual security. It was then that the parties declared their intention to "bring our bilateral ties to a higher level of strategic partnership," and it can be stated that relations between our countries have been intensively developing in the following decades.

- How could you assess the current state of Russian-Azerbaijani relations?

- National leader Heydar Aliyev reset Russian-Azerbaijani relations and brought them to a new quality, and during the period when Azerbaijan was headed by Ilham Aliyev, who continued the policy of his great father, relations between our countries reached the level of strategic partnership. Now all areas of our cooperation are developing extremely dynamically: from the economy to humanitarian contacts. The partnership is based on mutual respect and mutually beneficial cooperation: Azerbaijan is the main trade partner of Russia among the CIS countries that are not members of the EAEU; in 2018, a cooperation agreement was signed between our countries, six roadmaps of which form the basis of trade and economic interaction. On all key issues, the positions of Russia and Azerbaijan coincide, and an intensive political dialogue creates an atmosphere of mutual trust.

In my opinion, friendship between the leaders of the two countries plays a significant role in this: during the entire presidency, Vladimir Putin and Ilham Aliyev held more than 100 negotiations in various formats, which allows them to constantly keep their finger on the pulse of relations, making the necessary adjustments.

- The past year was very difficult, but at the same time it became very eventful for Russian-Azerbaijani relations. What results, in your opinion, did Russia and Azerbaijan manage to achieve in the development of bilateral relations in 2020?

- Indeed, the difficult situation associated with the pandemic and its consequences has had a significant impact on our lives. However, we passed these tests, because in difficult times we helped each other with real deeds and kept contacts, albeit in an online format. Russian doctors have repeatedly traveled to Azerbaijan to help Azerbaijani specialists in the fight against coronavirus, and in order to quickly diagnose the infection, the Azerbaijani side received from Russia 120 sets of test systems for 12,000 studies. This assistance was not limited to any timeframe: when the need for vaccination became obvious, we offered to supply Azerbaijan with the Sputnik V vaccine, and the Russian company R-Pharm is ready to start its production on Azerbaijani territory as well.

Even more significant was the end of the military conflict in Nagorno-Karabakh, which President Vladimir Putin called the main event of 2020. Azerbaijan gained a victory, restoring its territorial integrity, and President Ilham Aliyev went down in the history of his country as a wise diplomat and talented military leader. Today our country, as a mediator, is doing everything possible to unblock transport communications and make the peace process irreversible. I consider all these results to be a practical manifestation of the strategic partnership between our countries, because the assistance provided is aimed at the long-term strengthening of stability in the region.

- Today, when the pandemic has dealt a serious blow to the global economy, we need to jointly implement economic projects more than ever. With regard to Nagorno-Karabakh, this means the restoration and development of transport infrastructure. Azerbaijan is already carrying out this work at full speed, realizing that the free movement of goods and people will link several countries into a single regional network and give them unprecedented growth opportunities. Therefore, Azerbaijan is ready to develop relations with any players working for the future, and extends a hand to Armenia for interaction.

Of course, it is still difficult to do this today, but the Armenian side, in my opinion, already understands the need to build constructive interaction, and soon we will see whether this understanding will turn into real actions. Much depends on the parliamentary elections to be held in Armenia in June, but it is obvious that the Armenian people are tired of shocks and war, and the Russian peacekeeping contingent will do its utmost to contribute to the process of building a peaceful future in the region.