MFA: Invitation to OSCE/ODIHR to observe the parliamentary elections still in force

MFA: Invitation to OSCE/ODIHR to observe the parliamentary elections still in force "As the executive institution, the OSCE has taken a political decision, which do not allow its powers and mandate" 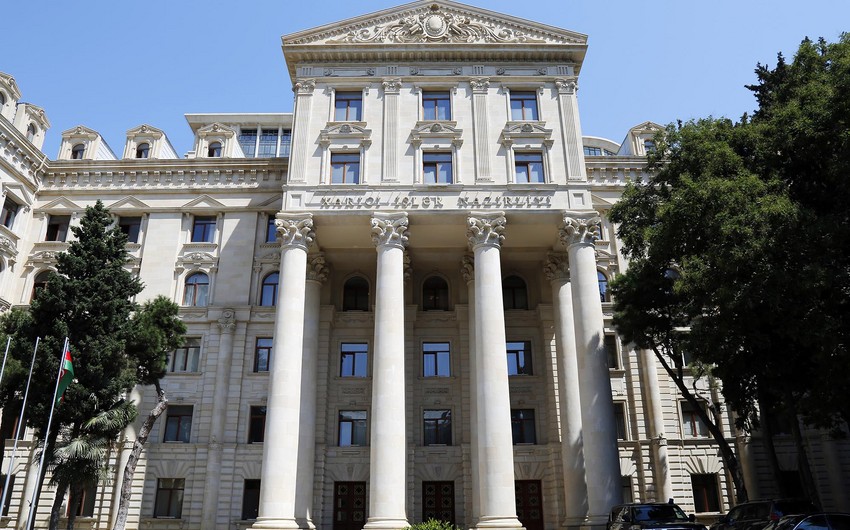 Baku. 13 October. REPORT.AZ/ Azerbaijani Foreign Ministry commented on statement made by Secretary General Lamberto Zannier at a press conference in Moscow that "it's regrettable, it wasn't possible to reach an agreement with the Office for Democratic Institutions and Human Rights (ODIHR) to send observers mission for the parliamentary elections in Azerbaijan."

Report was told by the head of the press service of the Ministry of Foreign Affairs Hikmet Hajiyev that, according to the Helsinki Document 1992, the main role of the OSCE/ODIHR is to assist in the issue of the implementation of commitments in the human dimension, adopted by all OSCE participating states: "In 1994, OSCE Budapest Summit defined the role of the OSCE/ODIHR on the implementation of a consultant. The Budapest document states: "The ODIHR will act in consultation with the Chairman to participate in an advisory capacity in the deliberations of the Steering Council and the Permanent Council, by reporting at regular intervals on its activities and providing information on implementation issues. In close consultation with the Chairman-Director of the ODIHR may propose further actions."

As you can see, the OSCE/ODIHR did not have the authority to make decisions unilaterally, without consulting with the Chairman and the member state. As a result, being the executive institution, ODIHR took a political decision, which do not allow its powers and mandate. This again proves that the leadership of the ODIHR under the influence of certain circles deliberately politicizing a technical issue as election observation. Obviously, it's clear that the aim is to prepare a platform for the nomination of unfounded claims against Azerbaijan after the elections. In the case of the OSCE/ODIHR to observe the elections, they have no reason to give any opinion on the results of the election. In accordance with the fundamental documents and the mandate of the OSCE/ODIHR should consult with the Chairman and the member state on this issue and to submit constructive proposals to the OSCE Permanent Council."

Foreign Ministry's spokesman stressed that, Azerbaijan is loyal to the principles of dialogue and cooperation with the OSCE: "An invitation directed to the OSCE/ODIHR to observe the parliamentary elections, is still in force."