Lukashenko: None of three countries did not pretend to Lapshin

Lukashenko: None of three countries did not pretend to Lapshin 'Minsk does not intend to quarrel neither with Azerbaijan nor with Armenia' 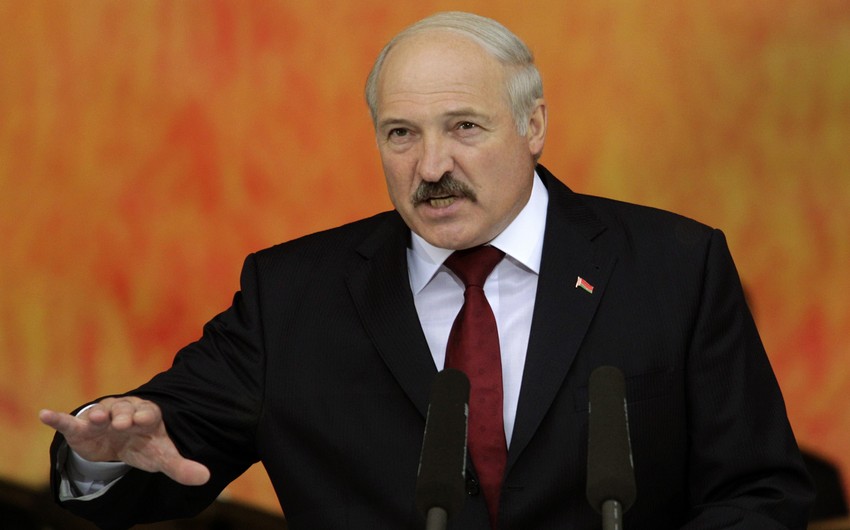 Baku. 28 March. REPORT.AZ/ Minsk does not intend to quarrel with either Azerbaijan or Armenia, including in the issue of the extradition of blogger Alexander Lapshin.

Report informs citing the press service of the Belarusian President, President of Belarus Alexander Lukashenko said at a meeting with Armen Khachatryan, Ambassador of Armenia to Belarus who completes his diplomatic mission.

Commenting on Armenia's criticism of Minsk in connection with the extradition of Lapshin to Baku, Lukashenko said that Armenia had never said anything about Lapshin: “Listen, does Armenia has to do with it? Yes. It was declared wanted by one country - Azerbaijan. When he was detained here, I thought, why was he detained here? Let him go anywhere. But he was detained. Interpol knew. We reported as we should, as law abiding. To whom did we have to convey him? To hand over to the one who declared him wanted", said president noting that none of the countries, whose citizen is Lapshin, did not pretend to him.

"Then they started to play this card. He is a citizen of three countries - none of the countries pretended to him", - said the Belarusian leader.