Latvian FM: We highly value open and constructive political dialogue with Azerbaijan - INTERVIEW 'Latvia believes that Nagorno-Karabakh conflict should be resolved only by peaceful means'
1670 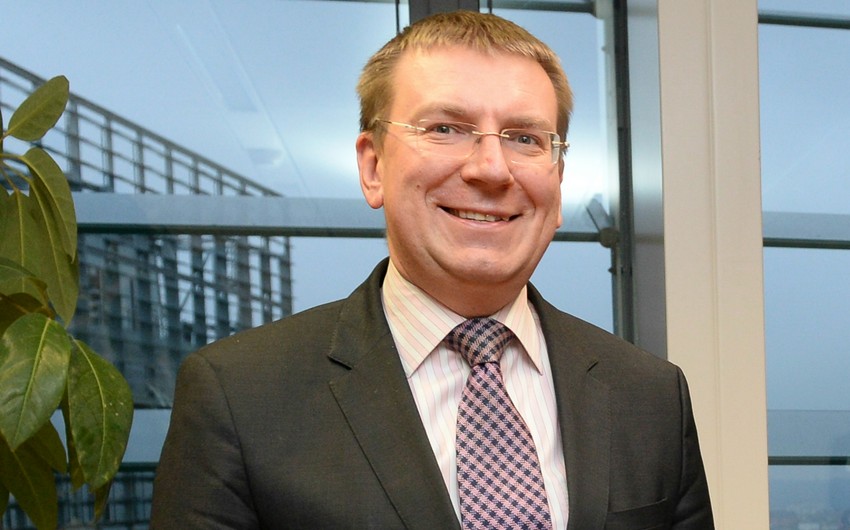 - Could you please give us information about the agenda of your visit to Azerbaijan? What issues are going to be discussed?

- On February 12-14, I will make an official visit to Azerbaijan. I am planning to meet the President of Azerbaijan Ilham Aliyev, Speaker of the National Assembly of Azerbaijan and the Minister of Foreign Affairs Elmar Mammadyarov.

- Will you discuss the details of the upcoming visit of the President of Latvia to Azerbaijan this spring?

- How do you assess our political and economical relations? Are you satisfied with the level of our trade cooperation?

- Latvia highly values open and constructive political dialogue with Azerbaijan. The intensity of our dialogue is proved by the fact that our Presidents, Parliamentarians and Government Ministers have contacts on regular basis.

I consider there is huge potential for further expansion of our relations, especially in economic and trade areas. Recent bilateral trade volume does not reflect the real economic potential between our countries and we consider that there is still unused potential to foster bilateral economic relations. Intergovernmental Commission (on Economic, Industrial, Scientific and Technical Cooperation) can be used as an efficient instrument to develop our economic ties. The latest session which took place last June was successful.

- What areas of bilateral cooperation you see as the most prospective?

- We have well established cooperation in political, cultural and economic areas. As perspective areas for closer economic cooperation we consider pharmacy and food processing as well as metal industry, green technologies, agriculture, construction, tourism and education.

- Latvia is interested cooperate with Azerbaijan in land transport connections between Asia, Central Asia, Black Sea countries and Northern Europe. The Ministry of Transport and other Latvian institutions are in close contact with Azerbaijani counterparts on ZUBR.

- Azerbaijan has started talks with the European Union on the new Strategic Partnership Agreement. What could be Latvia's input in this process and strengthening the cooperation between EU and Azerbaijan?

- On 26 February, Azerbaijan is going to mark another anniversary of Khojaly tragedy, committed by Armenians in Nagorno-Karabakh. What's the attitude of Latvia towards this tragedy and Nagorno-Karabakh conflict? Are there any steps expected on the parliamentarian or other level to recognize this tragedy?

- Latvia believes that Nagorno-Karabakh conflict should be resolved only by using peaceful means, based on principles of international law. On February 25, 2015, the group of Parliament of Latvia for interparliamentary relations with Azerbaijan issued a statement on Khojaly tragedy.