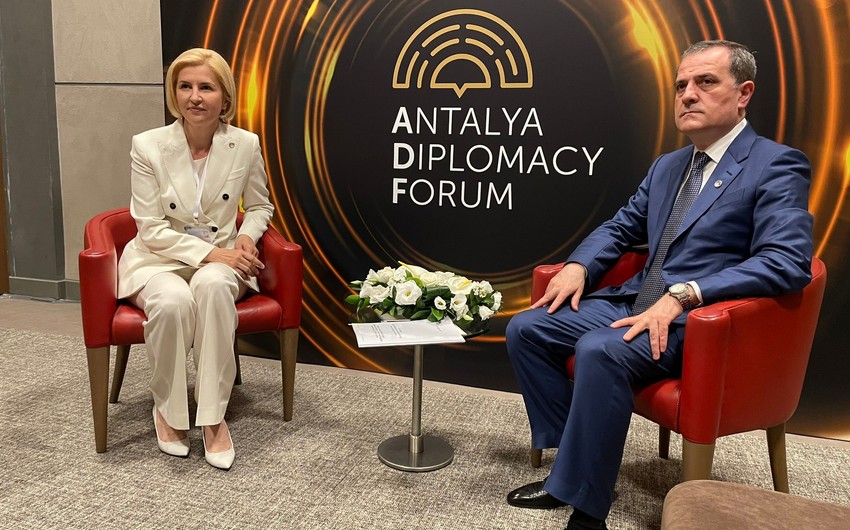 Minister of Foreign Affairs of the Republic of Azerbaijan Jeyhun Bayramov met with Irina Vlah, the Governor of the Autonomous Territorial Unit of Gagauzia of the Republic of Moldova, in the framework of his participation at the Antalya Diplomacy Forum in Antalya on June 18, 2021.

Press Service Department of the Ministry of Foreign Affairs of the Republic of Azerbaijan told Report.

The Minister noted with satisfaction the friendly and cooperative relations between Azerbaijan and Moldova. He briefed his interlocutor on the latest situation in the territories liberated from occupation as a result of the 44-day war, the large-scale destruction committed by Armenia in these areas, as well as the ongoing process of restoration and reconstruction.

Noting that the Heydar Aliyev Foundation built a new 650-seat school in Gagauzia, Irina Vlah underscored the considerable significance of such initiatives in expanding friendly relations between the two countries.

The sides also exchanged views on the other issues of mutual interest.