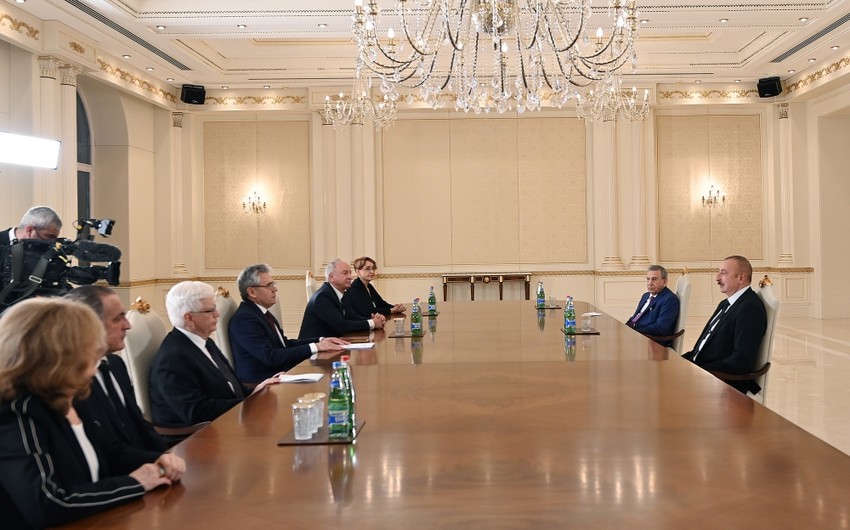 On November 25, President Ilham Aliyev received a delegation led by President of the Russian Academy of Sciences Aleksandr Sergeyev.

They noted that cooperation between the two states is rich and stressed the importance of further strengthening this cooperation in modern times. President of the Russian Academy of Sciences Aleksandr Sergeyev added that the visit will contribute to the discussion and further expansion of relations in the field of scientific cooperation.