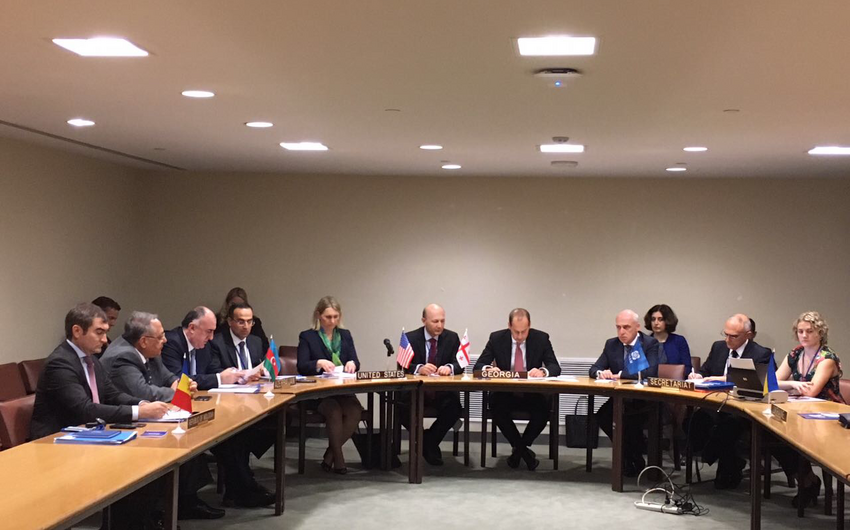 As a result of the meeting, the "GUAM-United States Joint Statement" was adopted. In the Statement, The Council reconfirmed its interest in further development of an efficient and beneficial cooperation with the USA.

The Sides also reiterated their common position that the maintenance of peace, security, stability and cooperation in the region is an important element of collective efforts to create a common space of indivisible security for all States in a broad regional context.

In the Statement, the Sides underscored the need for progress towards the peaceful settlement of conflicts in the GUAM region and reaffirmed their commitment to the sovereignty and territorial integrity of the GUAM Member States. It was also mentioned that the threat or use of force currently affecting the Member States of GUAM remains a serious concern.

The document further emphasized the Sides` obligations to respect the universally recognized norms and principles of international law, including those enshrined in the Charter of the United Nations, and the commitments under the fundamental documents of the OSCE.