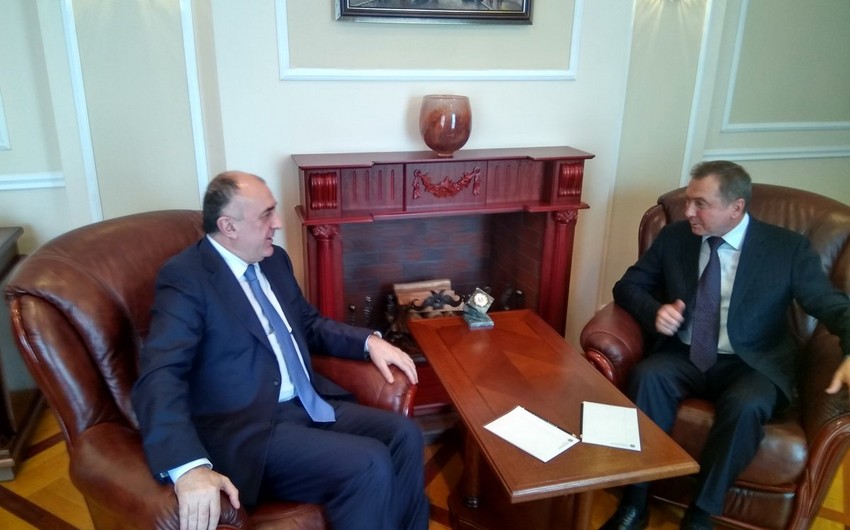 Baku. 21 June. REPORT.AZ/ A meeting between Foreign Ministers of Azerbaijan and Belarus - Elmar Mamedyarov and Vladimir Makei has been held in Minsk.

Report informs, during the meeting, the ministers noted strategic and friendly relations between the countries, discussed the development of bilateral cooperation.

Minister Elmar Mammadyarov expressed his gratitude for the high hospitality extended to him and his delegation during the visit.

Noting that our countries have successfully cooperated within international organizations persuant to the spirit of bilateral cooperation, they emphasized the importance of further continuation of mutual support.

During the meeting, the Ministers also exchanged views on the issues of international and regional agenda.

Notably, the Azerbaijani delegation headed by the Minister of Foreign Affairs Elmar Mammadyarov arrived today with an official visit to Minsk.

June 21-22 E. Mammadyarov will take part in an informal meeting of foreign ministers of the Eastern Partnership countries.

Within the framework of the visit, a number of meetings of E. Mamedyarov are planned. 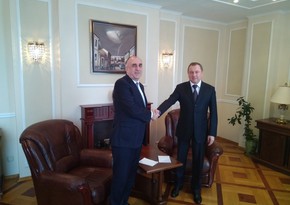