Prosecutor General of Azerbaijan appeals to international organizations Flagrant violation of the ceasefire by Armenian forces since September 27 has led to many civil casualties.
119 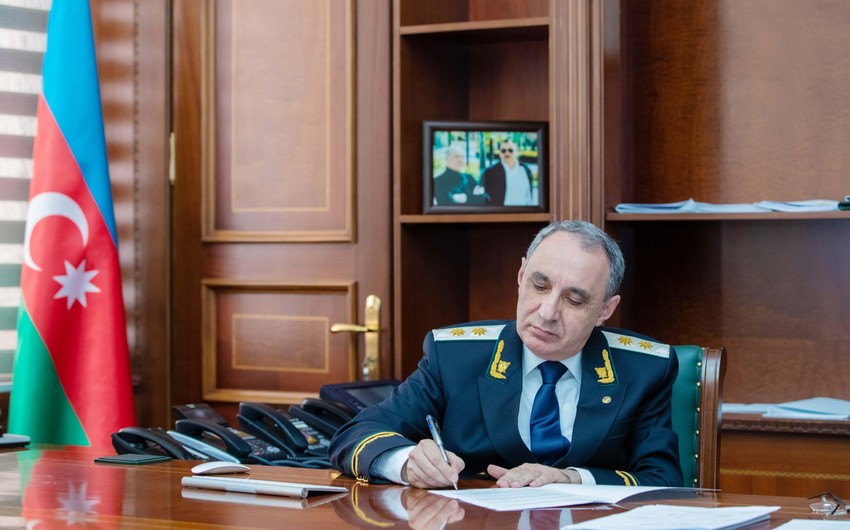 For more than thirty years, the appeals state that due to the Armenian occupation of the Nagorno-Karabakh region and seven adjacent regions of Azerbaijan and the policy of ethnic cleansing, more than one million Azerbaijanis were forced to leave their native lands. Four resolutions of the UN Security Council on the unconditional and immediate withdrawal of Armenian troops from our occupied territories have not yet been implemented.

Flagrant violation of the ceasefire by Armenian forces since September 27 has led to many civil casualties. Counter-offensive measures have been taken by the Armed Forces of the Republic of Azerbaijan to prevent military aggression and ensure the civil population's protection.

Ganja, the second-largest city of Azerbaijan, and Beylagan were subjected to missile attacks and bombardment over the last two days. Both are far from the conflict zone. Consequently, three civilians killed, 34 received miscellaneous wounds, and many houses and infrastructure were seriously damaged. A criminal case has been launched against Arayik Arutunyan, "head" of the illegitimate so-called "Nagorno-Karabakh Republic," who announced the crime in advance on his Facebook page. A criminal proceeding is now ongoing.

Ozal Hasanov, one of our officers, carrying out all necessary investigative measures in combat conditions, was seriously wounded and needed surgical intervention.
It was brought to the international community's attention that by disseminating information about striking at the Mingachevir Dam (Hydro Power Station) located in Azerbaijan and standing in front of a large water basin, the military-political leadership of aggressor Armenia has demonstrated its true intentions. It was also emphasized that the implementation of such threats would lead to mass casualties and a great tragedy.

Actions of Armenian leadership pursuing an aggressive policy within the recently announced military doctrine "new war for new territories" are aimed at demographic changes in Azerbaijan's occupied territories. In particular, through the resettlement of ethnic Armenians-mercenaries from several foreign countries, which are a clear violation of the Geneva Conventions.

Stating the stand that the Armenian-Azerbaijani Nagorno-Karabakh conflict must be resolved within the framework of international law following the principles of sovereignty, territorial integrity of Azerbaijan, and the inviolability of its internationally recognized borders, it was requested to influence Armenia through appropriate methods and means to settle the conflict at this level.