Elmar Mammadyarov meets with Vietnamese minister of trade and industry 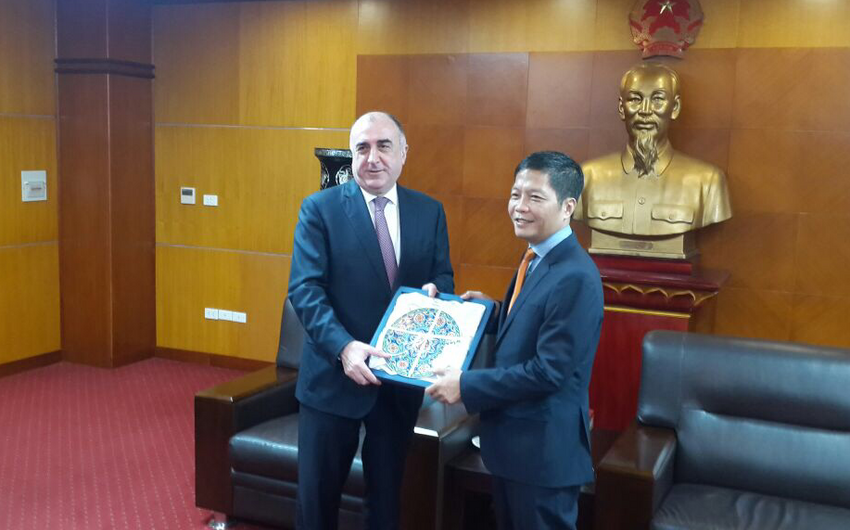 Baku. 13 September. REPORT.AZ/ Foreign Minister Elmar Mammadyarov met with Tran Tuan Anh, the Minister of Trade and Industry of the Socialist Republic of Vietnam, co-chair of the Intergovernmental Commission between Azerbaijan and Vietnam within the framework of his official visit to Vietnam.

Report was informed in the press service of the Azerbaijani Ministry of Foreign Affairs (MFA), Rauf Aliyev, member of the Parliament and New Azerbaijan Party is also attending the visit.

During the meeting the sides mentioning that relationship between Azerbaijan and Vietnam have deep bonds added that the visit of the President of Socialist Republic of Vietnam Ho Chi Minh to Azerbaijan in 1959 and National Leader Heydar Aliyev’s visit to Vietnam as the First Deputy Chairman of the Council of Ministers of the USSR in 1983 laid the foundation of close friendly relations between the two countries.

Furthermore, it was noted that cooperation between two countries is at a high level and in this context the interlocutors mentioned that the visit of the President of the Republic of Azerbaijan H.E Mr. Ilham Aliyev to Vietnam on May 18-19, 2014, and the former President of the Socialist Republic of Vietnam, Truong Tan Shang to Azerbaijan on May 13-15, 2015 gave an impetus to the development of bilateral relations.

Minister Elmar Mammadyarov briefed his counterpart about the North-South and East-West transport corridors, which are implemented with the initiative and direct participation of Azerbaijan, the development of the transport sector and expansion of the capacity of the Baku Sea Port. He added that the North-South transport corridor can provide favorable opportunities for the export of Vietnamese products to the European market.

Noting that Vietnam's export to the European Union market is growing, Minister Tran Tuan Anh underlined the importance of expanding transport and logistics opportunities and said that this attractive proposal of the Azerbaijani side would be duly considered.

During the meeting sides discussed the issues of cooperation between Azerbaijan and Vietnam in economic, trade, energy, education fields, as well as opportunities for exporting Azerbaijani oil machinery products to the market of Vietnam. It was emphasized that the necessary work will be carried out within the framework of the Joint Commission. 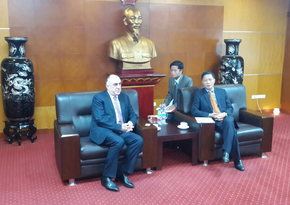