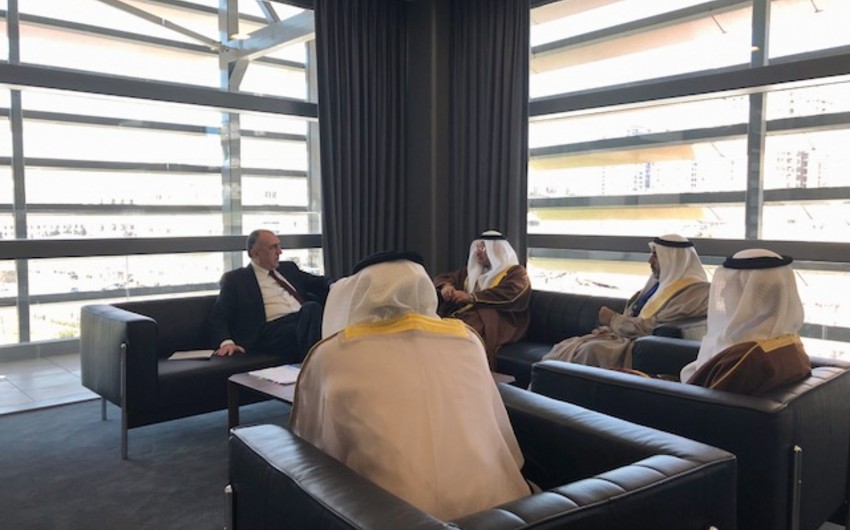 The sides expressed satisfaction with the development of relations between Azerbaijan and the United Arab Emirates.

Minister Elmar Mammadyarov said that the Republic of Azerbaijan attaches great importance to the development of relations with the Arab countries, including the United Arab Emirates, which have historically been connected with religious and cultural roots and the expansion of cooperation in various fields

Minister of Foreign Affairs of the United Arab Emirates (UAE), Mr. Anwar Gargash noted that he was pleased with his visit to Azerbaijan and the rapid development of Azerbaijan and capital Baku gave him great impressions. He said that he was pleased to see Azerbaijan's dynamic development, adding that there are favorable opportunities for further development of cooperation between our countries in economic, trade, humanitarian, tourism and other spheres. A. Gargash noted that he was accepted by President Ilham Aliyev and the meeting was very fruitful, and many aspects of bilateral relations were discussed. The guest also thanked Azerbaijan for the High-Level Ministerial Meeting of the Non-Aligned Movement and expressed confidence that our country will successfully chair the Non-Aligned Movement in 2019-2022.

Minister Elmar Mammadyarov noted that high-level reciprocal visits plays an important role in the development of relations between the two countries. He praised the fair position of the UAE over the Armenia-Azerbaijan Nagorno-Karabakh conflict within the framework of international organizations, including the United Nations and the Organization of Islamic Cooperation, based on the territorial integrity and sovereignty of Azerbaijan within the internationally recognized borders of Azerbaijan and also noted that he highly appreciated the high level of multilateral cooperation between the two countries.