Elmar Mammadyarov: Azerbaijan strong and prestigious country in system of international relations 'Azerbaijan not only participant of regional projects, but also their initiator and driving force' 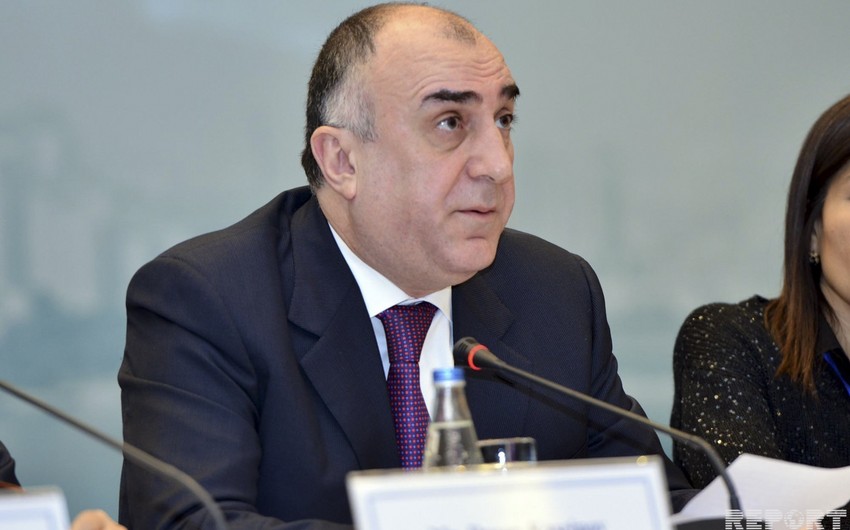 Baku. 27 December. REPORT.AZ/ At present, Azerbaijan is a strong and prestigious country in the system of international relations and as a leading country of the region Azerbaijan’s interests on any issue emerging in this geography is taken into account. Azerbaijan is not only the participant of regional projects, but also their initiator and driving force. These successes have been achieved thanks to the far-sighted and pragmatic foreign policy strategy founded by nationwide leader Heydar Aliyev and being effectively continued by President Ilham Aliyev.

Numerous visits of the President of the Republic of Azerbaijan H.E. Mr. Ilham Aliyev, Prime Minister Artur Rasizade, Chairman of Milli Majlis, also my visits as Foreign Minister and those of other government officials to foreign countries, as well as lots of visits of heads of state and government, foreign ministers and other officials at various levels to our country further strengthened our bilateral relationship.

As the foreign minister, I paid official visits to Georgia, Switzerland, Lichtenstein, Egypt and Portugal and made working visits to Russia (two times), China, Germany and France (two times). Participating in more than twenty international events, I delivered the stance of our country. During the year, the foreign ministers of Greece, Georgia, Malta, Germany, Italy, South Africa, and Bosnia and Herzegovina were on official visits and the foreign ministers of Sweden, Russia (two times), Turkey (two times), as well as the High Representative of the European Union for Foreign Affairs and Security Policy were on working visits in Azerbaijan. Also using the existing opportunities during international events, I had numerous meetings with the counterparts from other countries. In order to expand the bilateral legal-treaty base with other countries, more than ten agreements were signed.

The active participation of Azerbaijan in international events and mutual bilateral visits show the importance of our country in the region and also in the world, as well as present new opportunities for us.

Our bilateral relationship is further enhanced through regional cooperation mechanism in trilateral format. In 2016, the meetings of presidents of Azerbaijan-Russia-Iran, foreign ministers of Azerbaijan-Georgia-Turkey, Azerbaijan-Iran-Turkey, Azerbaijan-Russia-Iran were held in trilateral format. Holding these trilateral meetings has utmost importance for strengthening security in the region, expanding and deepening bilateral relationship. The trilateral meeting of the heads of state of Azerbaijan, Russia and Iran held in Baku with the initiative of the President of the Republic of Azerbaijan H.E. Mr. Ilham Aliyev and the joint statement adopted at the end of the meeting have provided important grounds for the development of cooperation in political, economic, trade, transport and other fields. The cooperation in this format also has strategic importance promoting trans-regional cooperation along the line stretching from South and South-East Asia to Northern Europe.