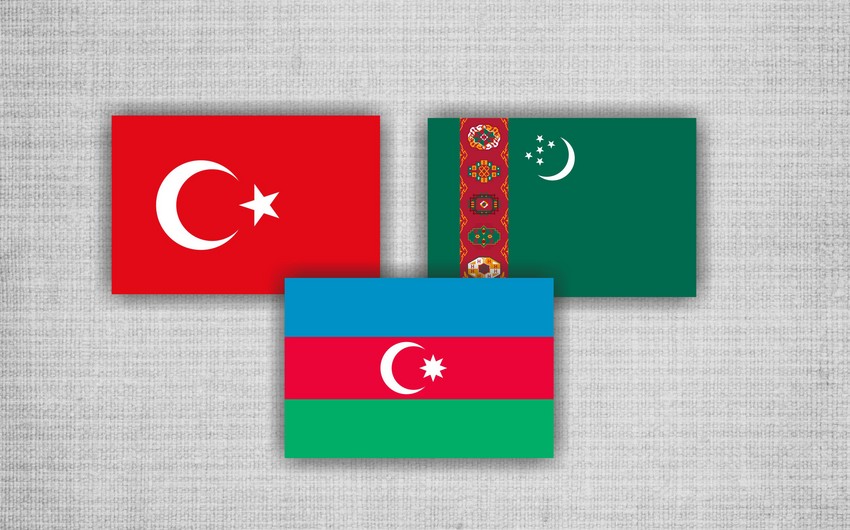 Baku. 18 July. REPORT.AZ/ A session of the working group is being held in Baku prior to the meeting of Azerbaijani, Turkish and Turkmen foreign ministers.

Report informs, at the session, representatives of the foreign ministries of three countries discuss the issues to be presented at the fourth ministerial on July 19.

Notably, the first trilateral meeting at the level of foreign ministers in the format Azerbaijan-Turkmenistan-Turkey took place on May 26, 2014, in Baku. Afterwards, within the framework of the fourth Summit of the Cooperation Council of Turkic States on June 5, 2014, meetings in bilateral and trilateral formats were held between President of Azerbaijan Ilham Aliyev, then Turkish President Abdulla Gul and President of Turkmenistan Gurbanguly Berdimuhamedow.

The Framework Programme for the Trilateral Azerbaijan-Turkmenistan-Turkey cooperation in 2015-2017 was adopted as a result of the second meeting in the mentioned format in Ashgabat on January 29, 2015.

The third ministerial of the three countries was held in the Turkish city of Antalya on August 28, 2015. As a result of the meeting, a statement was adopted. Afterwards, the session of the Joint Technical Committee for the Caspian Transit Crossings between Azerbaijan, Turkmenistan and Turkey took place on October 9, 2015.