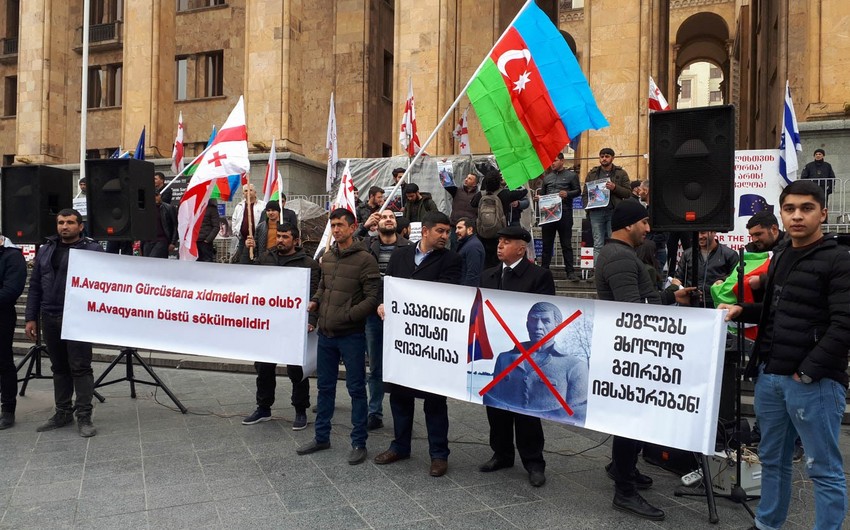 Baku. 8 February. REPORT.AZ/ "Erection of a monument to a Karabakh separatist is a provocation aimed at damaging the Georgia-Azerbaijan relations," one of the action organizers Sevinj Humbatova told Report's Georgian bureau.

She said establishing the bust to the Armenian separatist in the Georgian land is aimed against this state: "We demand the soonest demolition of the bust."

Political expert Simon Kopadze said in her speech that the action is aimed not only against the establishment of the bust of Mikhail Avagyan, but also it is a protest against separatism: "Erection of a monument to a Karabakh separatist is a provocation aimed at damaging the Georgia-Azerbaijan relations and the monument must be demolished."

Georgian political scientist Guram Markhulia noted in this speech that Mikhail Avagyan's hands are stained in the blood of the innocent Azerbaijani children, women and elderly people: "Erection of a bust is targeting the Georgian-Azerbaijani friendship. Long live the Azerbaijani-Georgian friendship!"

MP Azer Suleymanov noted that Georgia is a home for Azerbaijanis and there can be no monument to a separatist in their home: "Georgia itself is suffering from separatism, 20% of its lands are occupied. Propaganda of separatism, glorification of separatists in the region and erection of monuments to them are inadmissible things."

The participants continue their speeches during the action.

Azerbaijanis and Georgians have staged a joint action outside the Georgian parliament to protest against the erection of a bust of Karabakh separatist Mikhail Avagyan.

Report's Georgian Bureau informs that the action participants called this bust illegal and demanded to remove it.

Protesters held flags of Azerbaijan and Georgia in their hands. They say that erection of a bust to Mikhail Avagyan is yet another provocation by the Armenians to harm the Azerbaijani-Georgian relations. 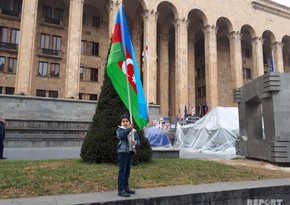 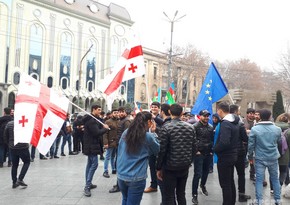 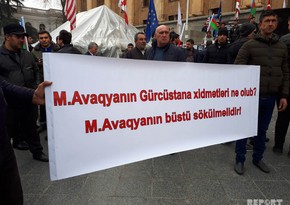 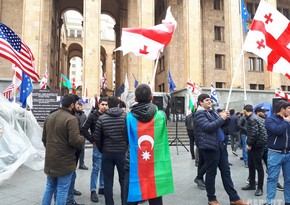 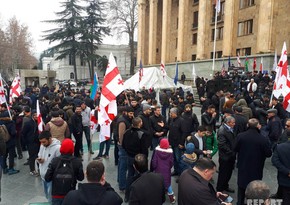 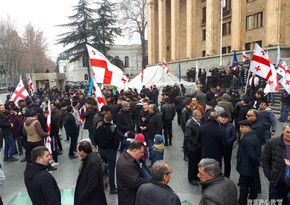 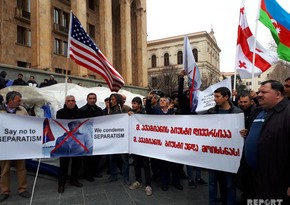 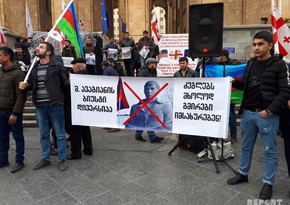 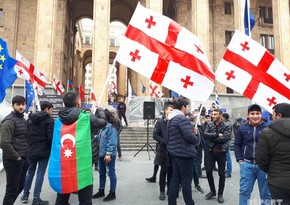 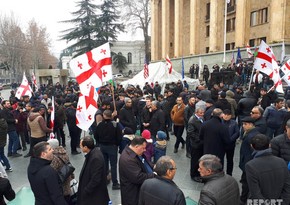