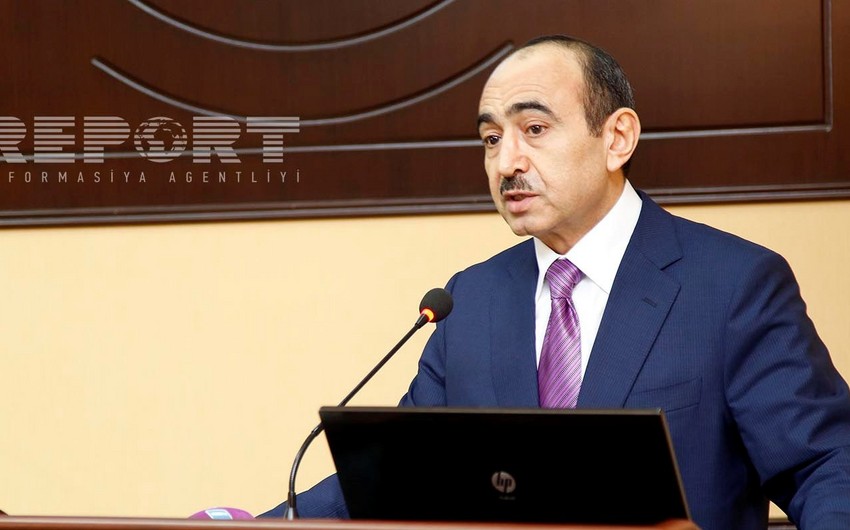 Baku.26 June. REPORT.AZ/ The Azerbaijani President’s Aide for Public and Political Affairs Ali Hasanov has described the USA`s human rights record as poor as he commented on the Department of State`s 2014 human rights report in an interview with AZERTAC.

“We think that no country has the right to act as a judge to comment on and present various issues in other countries in accordance with their own interests. In this regard, one could ignore the report of the U.S. Department of State and leave it uncommented. But given that such statements are disseminated by the media and contribute to the building of a negative opinion on the global scale, Azerbaijan must make its position known to the international community,” said Mr Hasanov.

“Azerbaijan has made remarkable accomplishments in terms of constitutional, democratic state building, formation and development of civil society. Today, tens of political parties, hundreds of NGOs and media outlets freely operate in the country. There are no barriers to freedom of assembly, freedom of speech. Rapid development and the strengthening of economic and financial potential of Azerbaijan created opportunities for providing state support to civil society institutions.”

The Presidential Aide said: “Taking this into account, we declare that the allegations related to Azerbaijan featured in the US Department of State`s report are based on false information, and are subjective and biased in nature.”

“The report only superficially addresses the Armenia-Azerbaijan conflict, containing not a single word about the fact of invasion and aggression, Armenia`s disregarding the UN resolutions and international organizations’ documents, the delay for over 20 years in the settlement of this conflict due to Yerevan’s destructive position, violation of fundamental human rights of over a million refugees and IDPs,” he said.

“If the US really wants to comment on democracy, human rights and freedoms in other countries, then it must first and foremost demonstrate respect for the international law and urge the aggressor Armenia to fulfill the UN resolutions. Moreover, let a single standard related to assessment of human rights be defined for all world countries. In any case, what happened in Ferguson and Baltimore testified to poor human rights record in the United States.”

“We also think that defining the culprits and those responsible for the devastating situation which emerged in the East, Muslim world as a result of the policy of some Western circles, particularly the USA, is much more important than conducting a microscopic analysis of democracy in Azerbaijan.”

“The USA’s accusing any country of violating human rights and democracy without clarifying the issues is nothing but self-exposure and contributes to others` losing that little confidence in the United States,” the Presidential Aide added.