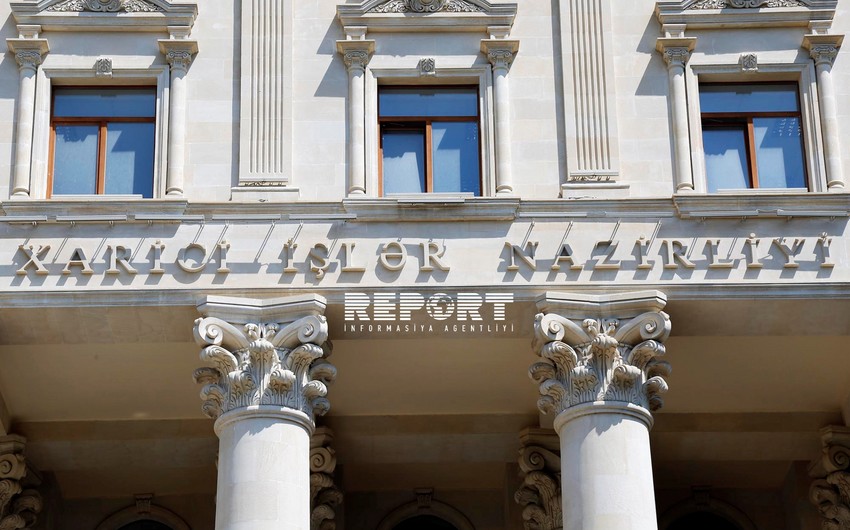 The press service of the Acting Head of Azerbaijani Foreign Ministry Hikmet Hajiyev informed Report that, Azerbaijani Embassy in the UK has taken a number of measures to prevent the participation of the separatist regime of Nagorno-Karabakh in the exhibition.

Thus, the Azerbaijani Embassy informed the company organizing the exhibition about its attitude on the issue. "At the same time, a meeting was held at the British Foreign Office, on which the Azerbaijani side expressed its concern on this issue," said Hajiyev.

"The Armenian side is trying to present so-called Nagorno-Karabakh and its supposedly Karabakh Tourism Development Agency at the event as an independent entity. However, as a result of measures taken by the Azerbaijani side, this structure was not allowed to participate in the exhibition. Despite all this, Armenians remain devoted to their traditions and try to post something on the Nagorno-Karabakh under Armenian pavilion, presenting it as the participation of Nagorno-Karabakh," Hajiyev stated.

He stressed that Azerbaijan would continue to take steps in this direction.

Today London hosts the 35th annual international World Travel Market exhibition. According to some media reports, the separatist regime of Nagorno-Karabakh intended to participate in this exhibition.