Azerbaijani FM: We are working on the proposal put forth by the Russian side

Azerbaijani FM: We are working on the proposal put forth by the Russian side Unresolved conflicts seriously impede cooperation in the region
1220 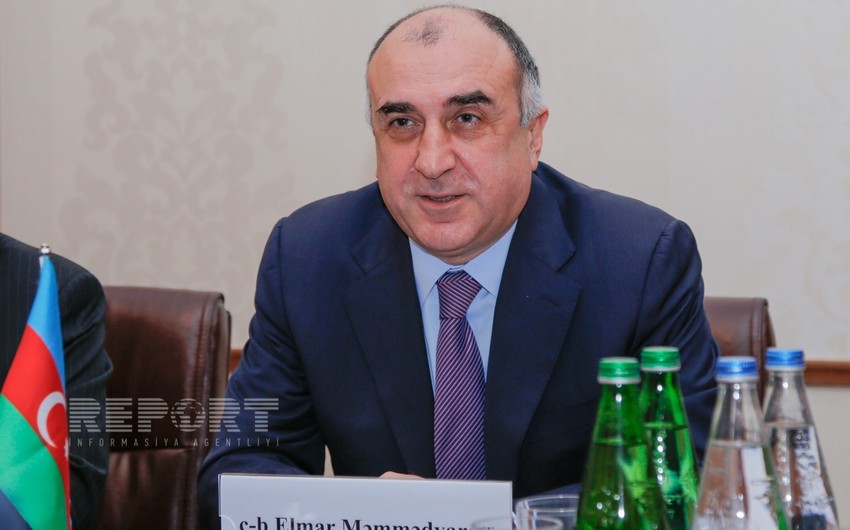 “Conflict resolution is definitely the weakest brick in the wall of cooperation. We are working on the proposal put forth by the Russian side on behalf of the Co-Chairs. The withdrawal of Armenian occupying forces from the occupied territories of Azerbaijan, return of IDPs, people-to-people contacts between Azerbaijani and Armenian communities of Nagorno-Karabakh region of Azerbaijan are all important elements we need to focus on. We all are united in the view that unresolved conflicts seriously impede cooperation in the region,” he said.

“Many things changed since Riga Summit, such as tragic events in Paris, developments on the Syrian border. We must cooperate to fight terrorism in all its forms and manifestations. This is of utmost importance. We welcome the differentiation approach as has been announced in ENP review document. There should also be a balance between addressing the challenge of migration and human rights issues, fundamental freedoms versus anti-radicalism and it is also important to curb the rise of Islamophobic tendencies in Europe. We, as EaP partners constantly hear criticism with regard to human rights issues in partner states. But how is about EU itself? The civil society forum should also highlight critical human rights issues in EU member states as well if we are seriously considering mutual ownership.”

The FM said: “Energy has always been and will be an important area of cooperation with EU. The work on the Southern Gas Corridor is proceeding smoothly. We expect the gas from Azerbaijan to reach Europe at the end of 2018 or early 2019. That said, EU\'s overall support is important for the SGC to be realized in a timely manner.”

“Transport is another important area of cooperation. The Silk Road (Silk Wind) initiative by Azerbaijan, Turkey and Georgia is important not only for us, but also for EU that wishes to intensify cooperation with Central Asia. This transport corridor will link Europe to this region via Azerbaijan, Georgia and Turkey and even further eastwards to China,” he added.