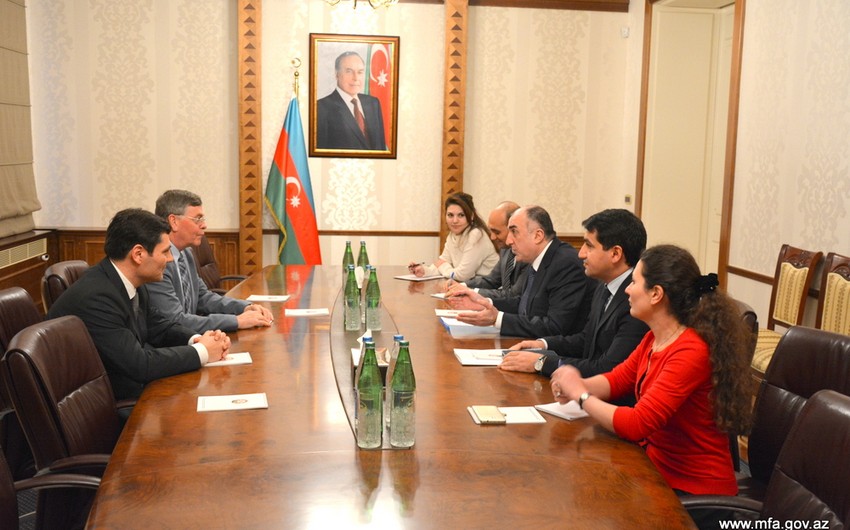 Report informs, Foreign Minister thanked Antonius Broek for his contributions to development of relations between Azerbaijan and UN`s bodies.

The Minister highlighted the establishment of comprehensive and fruitful cooperation between Azerbaijan and the UN`s system since the independence years, adding the country actively participated in practical cooperation and political dialogue within the UN.

Mr. Mammadyarov stressed the importance of implementation of the demands of the UN resolutions on settlement of Armenia-Azerbaijan, Nagorno-Karabakh conflict.

Antonius Broek, in turn, expressed satisfaction with the development of relations between Azerbaijan and the UN`s main bodies.