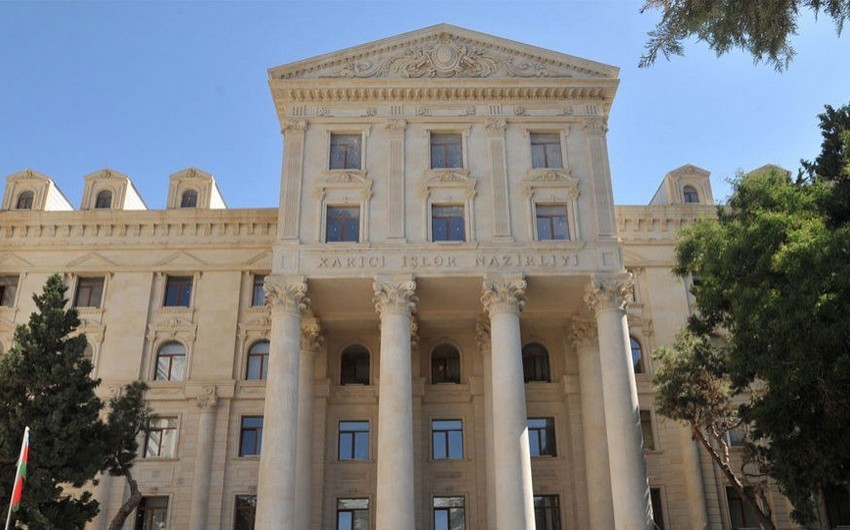 A meeting between the delegations of Azerbaijan and Venezuela was held under the leadership of Deputy Foreign Minister of Azerbaijan Ramiz Hasanov and Deputy Minister of Foreign Affairs of the Bolivarian Republic of Venezuela Ruben Dario Molina, Report informs citing the press service of the .

It was noted that the main topic discussed at the meeting was the presidency of Azerbaijan in the Non-Aligned Movement (NAM) in 2019-2022 and the transfer of the chairmanship in this organization from Venezuela to Azerbaijan on October 25-26 during NAM's top summit due in Baku on October 25-26.

The sides also exchanged views on issues of mutual interest, as well as mutual cooperation within the framework of international organizations, political, economic, cultural and humanitarian relations in line with the regulations of the Memorandum of Understanding on Creation of the Mechanism of Political Consultations between the Ministry of Foreign Affairs of Azerbaijan Republic and Ministry of People's Government on Foreign Affairs of the Bolivarian Republic of Venezuela, signed in 2016.